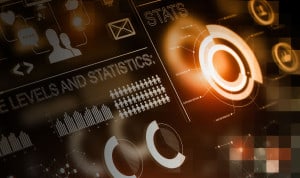 IoT projects can get bogged down by communications and data integration issues, but Plat.One says it doesn’t have to be that way.

One hurdle that makes IoT projects so hard is that a number of different device types must communicate with each other, and each set of devices might have a different communications protocol. Time spent just setting up an enterprise IoT application—say for example a smart streetlamp system—can easily be bogged down by device interoperability and data integration gremlins. For Internet of Things companies with enterprise projects, or for businesses looking to capitalize on IoT projects, that can mean lost “time to value.”

Another challenge is speed: With remote devices, such as a smart transport system to relieve traffic congestion, analysis must be done immediately or else the data isn’t worth much. There’s often no time to transmit the data to a central office for analysis, which is quickly becoming the old way of doing things.

John Bates, CEO of Plat.One, explains how his company tackles these challenges by offering a number of out-of-the box modules designed for rich device interoperability, analytics with edge computing, and data visualization:

Adrian Bowles: On our recent RTInsights road trip, I had an opportunity to sit down for a wide ranging discussion with Dr. John Bates, CEO of Plat.One and author of “Thingalytics”, a recent book that looked at modern analytics in the context of the Internet of Things. There was way too much material for an Internet video, so I’ve selected a few minutes of highlights to share with you here.

We’ve got the book here, and we’ll just zoom in. We’ve got “Thingalytics” by Dr. John Bates, and one of the reasons that we’re talking—many reasons for us to chat with you, besides the book—you’re just starting a new role, and everything that you’re doing is tied into the Internet of Things. Maybe you can tell us just a little bit about the book first. What caused you do that, or what got you interested enough to make the commitment to write the book, and then about your new role?

Dr. Bates:   Absolutely. Well, firstly the book, “Thingalytics.” It’s all about smart Big Data analytics for the Internet of Things, and the Internet of Things to me is the new industrial revolution. It’s going to touch every aspect of our lives, and connect the world of the Internet, the world of the enterprise and applications, to real world assets. So, it’s going to effectively make the mobile Internet come alive where experiences to us, [around office and shops], or around vehicles that can take us where we want to go, or in the enterprise around intelligent logistics, and manufacturing, and supply chain—really can come to life and real world objects can come to life.

The reason I wrote the book is a couple of reasons. Number one is to actually say there’s all these fantastic stories out there. I’ve been working for a number of years in these areas. Intelligent customer experience, connected industry, connected transport, and so on, connected medicine, and people may not know what’s actually going on. There is cool stuff going on, so number one, to tell the stories of the cool stuff.

Adrian Bowles: Okay, so it’s here. I’m glad that we’re in agreement on that, and it’s also great to see a roadmap, because I think so many people are confused. They hear it and they don’t know what’s going on. The book is new, and you have a new role in a pretty young company. Talk to me about that.

Dr. Bates:  I’ve just joined this month a company called Plat.One as CEO. Plat.One is all about improving the time to value of creating Internet of Things applications. It’s all about providing a platform to allow you to rapidly connect to devices, manage those devices at the edge, which is before things touch the cloud actually on those roads and gateways at the edge of the network, but also be able to stream information to the cloud. You have to run multi-tenant applications, and be able to deliver those things like smart cities, like connected products, like smart medicine, smart industrial applications, and so on.

So, that’s what it’s about. It’s about quick time to value, rapidly being able to plug them together, because if you build it from scratch, it can take 10, 20 times as long, trying to piece everything together. There’s a lot of different machine protocols and complexity of the device. On the edge level there’s a lot of complexity around the streaming services to get things up and running. The company has been spun out in January 2015, so in that way it’s new, but it’s been spun out of a consulting company that’s had many years.

The product has been in development since 2011, and the expertise, the Internet thing was a machine to machine practice, and this consulting company called Abo Data, which was based in Italy and has been around since 2008. So, many advanced projects delivered for large telecommunications companies like Deutsche Telekom, Telecom Italia, T-Systems, and large companies like, for example, the largest manufacturer of coffee machines in Italy.

Adrian Bowles: I should know that one off the top of my head.

Dr. Bates:  So they and I tell you —  that’s a fun story to tell you about — but everything is becoming connected, and everybody is wanting to learn about connected systems. So many years of experience, but then all the intellectual property. The platform that was built to do all this [was] put into Plat.One, spun out as a company, and I’m very happy to join as CEO.

We’re above the device level. We provide the platform that it depends who we’re working with. Some organizations, if they’re a company that for example has applications … they want to connect those applications to real world assets. Then, we can connect them to the devices, regardless of protocols, so sometimes you want to talk to lots of legacy protocols, like SCADA…and all of those kind of legacy building automation or industrial [protocols]—Modbus, Profibus, and so on, and sometimes you want to talk to the cutting edge protocols like MQTT, or Zigbee, and wireless. 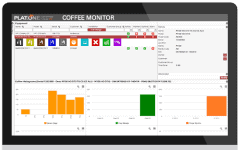 We support more protocols than I think just about anybody else. Forty-six machine protocols, kind of allow you to connect to—connect to those devices on the edge, manage that, and then we can connect then those applications to those real-world assets. But also for those who want to build end-to-end applications, we provide solutions out of the box, as well as a graphic or modeling environment that lets you model and extract your real-world devices.

infrared. It might be tracked by the video. Plat.One can extract all that out–allow you to talk to the various underlying things, but build an application that models using what we call a semantic data model. A smart street lamp, a smart vehicle … define rules. When a car comes or a truck comes within 100 feet of this street lamp, turn that street lamp on, and then allow the platform to manage all that complexity. You have 1,000 street lamps. The 1,000 street lamps might be from different providers, different configurations. Some wired, some wireless …

Dr. Bates:   … and the platform can manage all of that complexity for you.

Adrian Bowles: For more insights, I encourage you to follow Dr. Bates on Twitter. That’s how we first met, and pick up a copy of his book, too. Thanks.