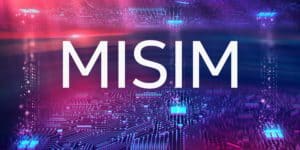 Intel, in collaboration with MIT and Georgia Tech, introduced a new machine inferred code similarity (MISIM) system, with an aim to democratize programming through automated tools.

Hardware and software systems are becoming increasingly complex, and we are already facing a shortage of skilled programmers in data science, DevOps, and cloud roles. To bridge the gap, automated systems could provide lower-level staff with the ability to input code, or more easily amend mistakes.

“Intel’s ultimate goal for machine programming is to democratize the creation of software,” said Justin Gottschlich, principal scientist at Intel.

“When fully realized, it will enable everyone to create software by expressing their intention in whatever fashion that’s best for them, whether that’s code, natural language, or something else. That’s an audacious goal, and while there’s much more work to be done, MISIM is a solid step toward it.”

We have eliminated code, more or less, for website development. Of course, programmers are still required in some instances, but for the vast majority of businesses WordPress, Squarespace, and other content management systems do the job. Intel sees this as the future of code for other platforms.

Intel’s new system is able to detect what a line of code actually does, rather than how it does it. Through the use of a neural network, it can connect two lines of code that may be written differently, but work the same. Intel said that because of this unified system, the MISIM system is 40 times more accurate than prior state-of-the-art systems.

While removing code may take a while, Intel believes the system could be useful for eliminating the mundane parts of programming, i.e. bug fixes. “I imagine most developers would happily let the machine find and fix bugs for them, if it could – I know I would,” said Gottschlich.