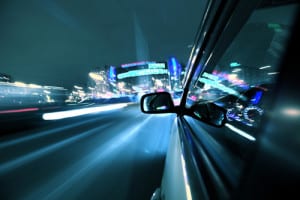 IoT projects and the need for speed.

Everyone has an IoT platform these days, but some want to start off in high gear.

Enter the IoT accelerator. Gartner has projected that the Internet of Things, which depends on real-time data, will produce $1.9 trillion in economic value by 2020. Companies of course are looking to capture some of that value. But while IoT companies tout their successes, the truth is that many IoT projects fail. Reasons include high start-up costs; lengthy, complex projects; and enormous amounts of data to capture and analyze.

Also, in trying to realize value from their data, businesses might not know where to start. An accelerator built around specific use cases—for example condition-based monitoring—establishes the value proposition right away, rather than having the business spend a lot of capital on software and infrastructure just to get a seat on the “Big Data” bandwagon, with no idea where they’re going.

In late August, Teradata launched an “Analytics of Things” accelerator, saying that companies are struggling to pull value from IoT because they are spending too much time on backend  data cleansing, prepping and experimentation.

The new Teradata AoT accelerators include:

“Sensor Data Qualification solves two needs,”  said Chad Meley, vice president of marketing at Teradata.  “First, sensor data is often erroneous, creating false positives.  This happens because of poor installation and configuration of the sensor, deterioration over time, and other factors.  So organizations need to develop rules and processes for detecting and correcting bad sensor data.  Second, sensor data streaming from thousands of assets with very frequent readings is overwhelming and requires intelligence to decide what data is worth keeping and what data is merely noise and should be discarded so as to not consume valuable compute, storage, and network resources. “

In April, Ericsson launched an IoT accelerator using their IoT platform, which includes data management, billing, device management, connectivity services, and analytics. The accelerator uses the Ericsson cloud system to support hybrid cloud deployments, and is designed to overcome the barriers of cost and complexity.

Ericsson’s IoT offerings have specific use cases in mind for certain industries, such as public transportation, utilities, and smart cities. For example, the company has already deployed real-time management of public transportation in a number of cities, and the accelerator has already been used as proof-of-concept for a connected bus service in Kigali, Rwanda. The system hopes to use vehicle fleet management to monitor timetables as well as accept mobile payment.