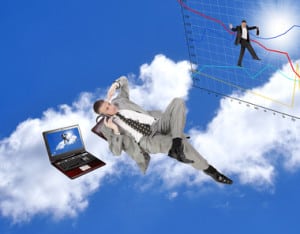 Enterprises continue to increase their IoT investments — and those IoT projects are getting more sophisticated and delivering results.

Investments in the Internet of Things (IoT) continue to explode – and they’re starting to show results, a new study confirms. Not only is IoT adoption spreading across enterprises, but those companies with IoT projects in place are expanding their number of connected devices, sensors and systems.

The study, published by Vodafone, finds the majority of IT users, 84 percent, state their adoption and use of IoT solutions has grown in the last 12 months. In addition, adopters are getting more sophisticated. They’re embedding IoT within their business processes — 46 percent have integrated it with core systems, such as ERP.

From M2M to IoT

Overall, close to one-third of organizations have adopted IoT in a robust way. The proportion of companies using IoT has more than doubled, rising from 12 percent in 2013 to 29 percent in 2017. “When we first started publishing the Barometer in 2013, IoT was still very much in its infancy — we were still calling it M2M, and adoption was just 12 percent,” according to Erik Brenneis director of the Vodafone Internet of Things and CEO of Vodafone Global Enterprise. “Since then, the proportion of companies using it has more than doubled.”

[ Related: IoT Sharpens a Company’s Ability to See Around Corners ]

IoT is enabling new and increased revenue. More than half (51 percent) of adopters say IoT is increasing revenue or opening new revenue streams. Return on investment for IoT connectivity can be significant.

The average increase in revenue from IoT was 19 percent, while average cost reduction was 16 percent, the study finds.  IoT is also driving business transformation – 49 percent of adopters are using IoT in conjunction with analytics to improve business decision-making. A majority, 74 percent, agree that digital transformation is impossible without IoT.

Those with the most connected devices are seeing the biggest gains. For example, 95 percent of adopters said they are achieving tangible benefits from adopting IoT.  At least 28 percent of those with under 100 devices report a significant return. That goes up to 67 percent among those with over 50,000 connected devices.

[ Related: IoT Applications as Varied as the Industries Deploying Them ]

“IoT delivers. Nearly all of the companies that have adopted IoT have already seen a return on their investment,” Brenneis says. Those returns can be significant — where adopters reported an increase in revenue, the average was 19 percent. And we found that there’s a correlation between scale of adoption and return on investment achieved. Among those with up to 100 connected devices, 28 percent are seeing “significant return or benefit”; that rises to 67 percent of those with over 50,000 connected devices.

IoT is delivering, but there are also issues that need to be addressed, the survey finds. For instance, security is still a concern for many, as are skill gaps.

New connectivity options could drive the next wave of adoption as well. At least 28 percent of those considering IoT are looking at Low-Power Wide Area Network (LP-WAN), with its promise of greater coverage and cost efficiency. And 40 percent are investigating 5G.

Brenneis says new low-power connectivity options, like Narrowband-IoT (NB-IoT), which “will be key to making that possible. Twenty-eight percent of those that plan to adopt IoT in the future are already investigating LP-WAN technologies, with their promise of increased network coverage and greater cost efficiency. We believe it will drive the next wave of IoT adoption.”