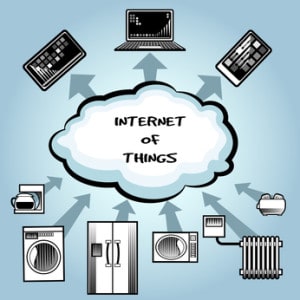 Within the next 10 years, organizations who are successfully leveraging the Internet of Things (IoT) will lead their respective industries. As RTInsights Industry Insights Editor Joe McKendrick explains here, those who will digest and convert data from IoT-connected devices will see at least 10 percent more in revenues.

According to the authors of “State of the Market: The Internet of Things,” Verizon’s latest market assessment of the IoT, those taking the initiative with digesting and converting data from sensors, devices and applications across the Internet will see at least 10 percent more in revenues as a direct result of their efforts. The report, based on information gathered from Verizon’s own usage data as well as commissioned surveys, predicts the emergence of IoT as a possible source of event data as well as business insights, across a range of industries.

At this point, organizations have only just barely begun to tap into the IoT well, the report also states, estimating that the number of enterprises that have adopted IoT extensively at just 10 percent. Those organizations ahead of the curve with IoT will have a competitive advantage and will be at least 10 percent more profitable than companies lagging in IoT adoption.

The key to a successful IoT engagement is to effectively bring together data analytics capabilities with real-time event processing. Analytics is at the heart of IoT, the report states. The data gathered can feed near-real time business intelligence (BI) systems that help make more informed decisions more quickly.

Verizon has some words of advice for becoming an IoT-savvy enterprise: “Start small, think big and scale fast.” Leveraging IoT can lead to improved customer experience, accelerated growth and more adept risk management. The really good news is that it doesn’t take a massive investment. A few dozen sensors and simple automated alerts can cut costs, create new revenue opportunities and transform customer service,” the report states. “And if you’ve planned properly, once you start seeing success you can expand existing projects and launch new ones quickly.

There is no single way to describe IoT; rather, it occurs in different ways industry by industry. The Verizon report describes the state of IoT across four key industries and provides growth projects across others.

This sector is leading the way with IoT, with 204 percent year-over-year growth (tripling!) in the number of IoT connections across organizations. The report predicts that, by 2025, many manufacturers will get more revenue from services than from product sales–a direct result of the changes brought about in IoT. Applications include tracking production and shipments as well as developing related services for customers.

This sector is ripe for IoT and is seeing 83 percent year-over-year growth. There are many different directions IoT is taking the industry, the report states. “Regulation and competition are forcing transportation companies to ever higher standards of efficiency and safety,” the report states. “Whether they are moving people or goods, organizations must reduce fuel consumption and pollution, and strive to increase safety.”

In addition, there are tremendous efficiencies to be gained. For example, through timely diagnostics, predictive analytics, and the elimination of waste in fleet scheduling, the rail industry is looking to achieve savings of $27 billion globally over 15 years,” the report states.

IoT in Energy and Utilities

This sector is experiencing 49 percent year-over-year IoT connections growth. Utilities face ever-changing regulatory requirements, large fluctuations in prices, and increased merger and acquisition activity, the report states. They have a lot to gain from IoT. That’s why they, particularly those involved in electricity distribution, were among the earliest and remain some of the most enthusiastic adopters of the technology. Utilities can start small, using telematics to improve job scheduling and routing for example, but also think big, like extending the life of their infrastructure.

IoT in the Public Sector

Verizon data shows 46 percent year-over-year growth in the number of IoT connections in this sector. “Budgets are tight, but public sector organizations are faced with the challenge of adapting to changing demographics,” the report states. IoT can help municipal leaders make their communities safer and more pleasant places to live.

Notable growth in IoT adoption is also being seen in the finance and insurance sector (128 percent), media and entertainment (120 percent), home monitoring (89 percent), retail and hospitality (88 percent), and healthcare and pharma (40 percent).