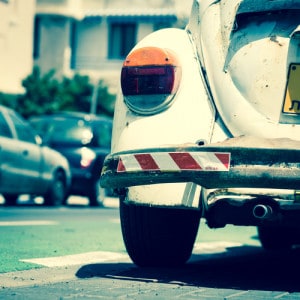 The scandal has cost Volkswagen more than $20 billion in fines and settlements and prompted an expensive image-burnishing campaign.

Oliver Schmidt, a top Volkswagen official, was sentenced to seven years in prison for his role in the automaker’s diesel emissions cheating scandal. The scandal has cost the company its reputation and over $20 billion in fines and settlements. Schmidt’s sentence included an additional fine of $400,000.

He pleaded guilty to violating the Clean Air Act and conspiring to defraud the government.

The scandal involved the company’s attempts to rig emissions testing by installing software on their diesel vehicles that detected when an emissions test was initiated and ran the emissions controls, providing false analytics and results. When a test was not running, the software turned the controls off and allowed the vehicles to generate up to 40 times more pollution than allowed under the Clean Air Act.

The so-called defeat device involved 4-cylinder Volkswagen and Audi vehicles from model years 2009-15. Officials say the automaker did this because the emissions controls had a detrimental effect on performance.

Schmidt, a citizen of Germany, blamed his superiors, saying he was only following their direction and was ordered to lie to regulators. Volkswagen agreed to plead guilty to felony charges of illegally importing nearly 600,000 vehicles equipped with the defeat devices to get around emissions standards and paid $4.3 billion in fines. It was ordered on probation for three years and assigned a monitor to oversee its regulatory and ethics compliance.