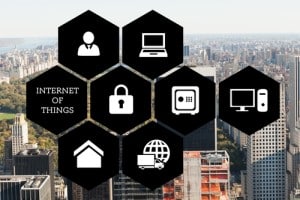 Businesses can’t decide which IoT platform to use, have issues with data integration and security, and report a nine-day lag in useful analytics.

The most audacious promise of the Internet of Things is that it facilitates the real-time movement of data across a highly connected network of devices, applications and systems to deliver insights where and when they are needed. There appears to be one problem with that promise, however – the IoT isn’t anywhere near capable of real-time insights, yet. At best, insightful information still takes more than a week to surface to decision-makers.

That became apparent in the results of a recent survey of 263 business leaders commissioned by HCL Technologies, an IT services company, which finds that 38 percent are using IoT in some form or other, and another 57 percent plan to use it in the future. However, even among the early IoT adopters, half feel their organizations are already behind the curve, and 43 percent feel their customers will suffer from their organization’s failure to employ IoT fully.

What’s at issue? Nine in ten executives say they simply can’t decide what platform to use to manage and proliferate their IoT efforts, and a similar number are worried about security. Nearly half of the executives, 49 percent, said their organizations were still mired in uncoordinated, siloed approaches to IoT.

This may feed into the issue of there not being enough of a real-time advantage to IoT, though the connection between real-time data streams from devices and transparency across enterprises or product lines is the IoT’s main value proposition. On average, it takes organizations nine days to convert data into useful insight, the survey finds. Most executives would be happy with a two-day lag at this point.

Technology is part of this challenge, and solutions are emerging that increase speed and provide more intelligent devices and platforms. However, the move to real-time IoT insights goes deeper than simply adding in-memory technology or subsecond analytics within devices themselves. It requires “a fundamental change of mindset,” as well, said by Jeff Kelley, a data analytics analyst from Wikibon, in an article a couple of years back. “For example, a company might have to redefine itself from thinking that it only makes ‘makes trains,’ to a company that also ‘services trains with data.’”

The evolution from product provider with a ship-it-and- forget-about-it approach to that of monitoring product activity and providing service on an ongoing 24×7 basis. “The service element, warranties, service contracts, how you interact with the customer, and what you learn from these customer interactions that could be forwarded into predictive selling are all areas that companies might need to rethink and realign in their business as more IoT analytics come online,” according to Kelley.

As organizations do bring IoT capabilities closer to real time, the benefits will surface in a big way as well, as documented in the HCL survey. At least 82 percent of executives agree that having a robust IoT capability will boost their competitiveness in the marketplace. Close to two-thirds, 65 percent, expect their IoT efforts to deliver greater business process efficiency and better customer satisfaction. Still, a majority, 54 percent, say they need more clarity in understanding how the benefits of IoT and end-to-end implementations are linked.

IoT analytics: How to move from data integration to actionable intelligemce