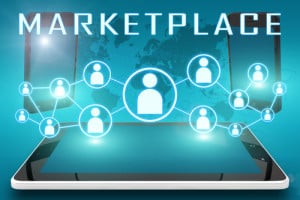 The IOTA Foundation is teaming up with multiple companies to demonstrate a micropayment data marketplace.

The IOTA Foundation, an open-source non-profit foundation from Germany, has announced the launch of the first publicly accessible data marketplace for IoT.  The new marketplace is powered by a distributed ledger and IOTA says it will be one of the largest open innovation initiatives centered around IoT and distributed ledger business models. Over 20 organizations from all over the world will be participating.

Data is the new oil, said IOTA in their announcement, and the rate at which it is generated is growing exponentially. Over 90% of it is lost in data silos where it is not shared with the people that could extract valuable insights from it. This also leaves many along the value chain of data monetization out in the cold. The democratization of data gives connected devices the ability to secure, sell and buy data sets and break down data silos.

See also: How to merge machine learning and data prep

IOTA believes this will create a permission-less, interoperable ecosystem that will become the backbone of mobility, supply chain, smart cities, energy, agriculture, manufacturing, and healthcare and that their data marketplace will be the catalyst for new applications for IoT, predictive analytics, and machine learning.

“We are very excited to announce the launch of our data marketplace,” said David Sønstebø, Co-Founder of IOTA. “This will act as a catalyst for a whole new paradigm of research, artificial intelligence, and democratization of data.”

“Our next-generation technology goes beyond blockchain in order to solve some of the key pain points, such as fees and scaling. With the IOTA Foundation, we envision a permissionless ecosystem that fosters co-creation and collaboration between various stakeholders to figure out what works and what doesn’t for the technology, and for business models,“ added Dominik Schiener, co-founder of IOTA.

The new data marketplace will showcase how the IOTA protocol can enable such data marketplaces and how micropayment business models will function. Participants include Microsoft, Fujitsu, Bosch, TINE, Engie Lab, Accenture, EPM, Orange, Samsung Artik and DNV GL, and all have deployed sensors that will offer their data for sale on the marketplace. The types of data range from environmental to healthcare to agriculture. The marketplace offers full security and claims that data tampering is impossible. The open innovation initiative will run until the beginning of January and the organization plans to release a series of blog posts and case studies about it with their partners.