Home / Internet of Things / Is Open Source Software the Best Choice for IoT Development?
This blog post was produced by RTInsights in collaboration with Red Hat 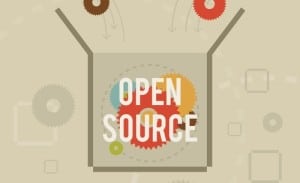 To find out, we conducted a survey that looked at the intersection of IoT, developer tools, and open source software, and compared the use of open source software tools to proprietary tools across vendors who are or will be developing IoT solutions (see “Research Objectives and Methodology,” below, for details on the 2017 Worldwide IoT Innovation Survey, conducted by RTInsights).

One way we segmented the sample was to divide it into enterprises that are currently developing IoT solutions and enterprises that will be developing IoT solutions in the next 18 months. Another way we segmented the sample was for the enterprise to self-classify its maturity in IoT application development. (Choices were leader, early adopter, part of the early majority, part of the late majority, or a laggard.)

The figure below shows survey results for the two segments described: enterprises that are currently developing IoT solutions on the left, and enterprises who classify themselves as IoT leaders on the right.

Showing a preference for open source for IoT

Enterprises that are currently developing IoT applications show a slight preference for OSS tools (39 percent) compared to proprietary tools (36 percent). The strong showing of OSS tools is now a characteristic of new markets. Back in the early days of open source, it had a reputation of being the end-game for mature markets. Now, open source is a primary driver of innovation in new markets. Virtually every key IT advancement over the last 15 years (cloud, mobility, big data, IoT, and DevOps) has had a strong open source dimension that was key to accelerating market maturity.

This is a compelling set of attributes, and the leading characteristic (open source tools have higher quality) was also the leading attribute across all survey respondents. These findings suggest that if open source tools for IoT application development are not on your radar in a material way, then it’s time to give them a much closer look.

For more information on our survey, click here to download the complete survey report, “The Impact of Open Source Software on Developing IoT Solutions.”

Research Objectives and Methodology; This article highlights key findings from the 2017 Worldwide IoT Innovation Survey conducted by RTInsights and sponsored by Red Hat. The objective of this survey was to understand the impact of open source software (OSS) on the development of IoT applications. We targeted IT decision-makers at large and very large enterprises in October and November of 2017. Our sample of 253 IT decision makers was split nearly evenly between senior managers in IT operations and application development. The enterprises that we surveyed spanned all major vertical industries other than those directly involved in providing IT services and support.