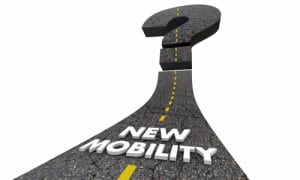 The connected vehicle is tearing up decades-old business models in the car industry. From ridesharing to on-demand mobility, the innovation won’t stop soon.

The connected vehicle is already changing the automotive market as we know it. 25% of American millennials do not have driver licenses and many people are using services such as Lyft and Didi instead of driving their own vehicles. This trend may mean car manufacturers (OEM) such as Toyota, Ford, and Hyundai will sell fewer cars.

Not all business models will change greatly; trucking companies will still need trucks, Magna International and other suppliers will still sell new parts and/or replacement parts, and some people will always buy and/or rent cars. If fewer cars are being sold, the OEMs will have to experiment with other ways to make money, such as investments in services — General Motors already has a stake in Lyft, for example — or different ways to sell their vehicles, such as leasing their vehicles directly to drivers. The vehicle industry will have to review their business models to survive in this new market 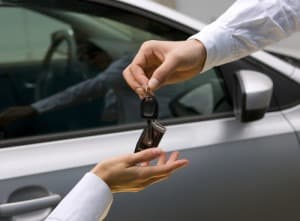 Will you be taking these keys in the future?

The World of Today, With Fewer Human Workers

Most discussions involving connected and autonomous trucks focus on how truck drivers will be replaced by automation, but business models may need to change before full automation is achieved. When we talk about autonomous trucks, we usually focus on how automation will eliminate many of the costs associated with workers. Unlike the car industry, the business models of the trucking industry will not change too much over the next few years; the automation of trucks means they will only have to stop for recharging and the cabin can be removed.

The company will still own the truck and the truck will still transport cargo between locations, the only major difference in the business model will be the lack of a human driver. This is true whether the vehicle is truly autonomous or driven by a person in a remote location. The business models of taxis and ride-sharing services probably will remain the same as today. They will still exist in much the same way, with the only difference being the lack of a human driver.

If fewer people are driving vehicles, then companies can spend less money and time training drivers, creating safe environments to prevent harm, and other related costs. Companies may invest the money in assets and maintenance; if a car makes a mistake, it can be retired without complaint or consequence. This will severely impact the prevailing ride-sharing business model, where companies own few assets and take cuts from drivers’ fares. They will have to decide whether to rent out other peoples’ vehicles or buy the vehicles themselves. Aside from that change, however, the worlds of ride-sharing and trucking will barely change.

On the other hand, some business models will not have to change. OEMs and their suppliers currently make money by selling “crash parts” to vehicle owners who crash their vehicles. These parts are expensive and they are bought by car owners to make their damaged vehicles look pristine. According to a 1999 Alliance of American Insurers (AAI) study, if you were to build a $25,000 car with only OEM crash parts, it would cost more than $100,000. Because of the cost, crash parts compete with “generic” parts, used car parts, recycled car parts, or parts that were salvaged from a destroyed vehicle.

If autonomous vehicles result in fewer crashes or ownership of cars shift towards corporate leasing companies, the expensive crash part market may suffer greatly. However, a corporate owner may want to keep their vehicles looking pristine and thus may be more willing to purchase a crash part over a recycled one, so this business model may continue unchanged.

The Connected Vehicle May Never Be Owned

Autonomous vehicles will bring market shifts but one should not ignore how connected vehicles (vehicles that are connected to the Internet) are changing the market today. Connectivity gave individual and ride-share drivers access to maps that are updated in real-time, thus allowing corporate drivers to signal their position to their clients, whether they be ride-share customers or customers waiting for deliveries. This is why Uber and Lyft succeeded while Craigslist failed to launch the ride-sharing craze: the ability to link people up rapidly changed the game.

Connectivity also facilitates a move towards subscription services. Many different B2C-based industries have been using the subscription approach for years. Media companies such as Netflix offer customers the ability to subscribe to a large range of media instead of asking people to pay for specific movies one at a time.

Instead of people buying a single product you may only watch once, subscription services allow people to watch a movie once and then forget about it. Zipcar and other such services already do this: people subscribe to their services and then use any vehicle that is part of their service. While it is technically possible in a pre-smartphone world, people can use personalized keys on their smartphones to validate their ability to use the vehicles. This can give people the ability to drive a wide variety of vehicles on a case-by-case basis.

If you need to drive a car once a week to get groceries, you can get a subscription to such a service so one can use a vehicle a few times per month without having to buy or maintain one. This is not too different from existing rental services such as Hertz which allow you to rent a vehicle over the space of days.

The difference with connectivity is that you can more easily just use cars that are stationed at airports, neighborhoods, and cities, similar to how Zipcar works, and rent the vehicles over shorter periods without having to return the vehicle to its original spot. Furthermore, if you do not like one car, you can simply walk to another one. Connectivity is changing how rentals and subscriptions work.

With fewer people getting licenses and fewer people choosing to buy cars, people will have different relationships with cars. While there will always be people who own their own vehicles, whether it is for status or transporting children, other people will choose cars on a case-by-case basis and will probably use different criteria than car owners for choosing cars.

In such cases, the car users may not care if they are driving a Honda or a Kia, whether it is a 2017 model or a 2015 model. In such scenarios where most cars are owned by leasing companies or OEMs, cars may not spend 95% of their time parked. If people do not own their vehicles, then the question is: who is the customer? If individuals do not own their vehicles, then OEMs, crash part sellers, repair shops, and other such companies will have to think about what their new clients- the leasing companies- want.

Specific car models may have to sell to niche markets, such as people who like to show off their sports cars or those who want submersible vehicles. Repair services may be used more often since vehicles will not be parked as much as before, but they will need to change their sales strategy as well. The car culture as we know it will change. It will be interesting to see how the road changes as the new clients determine which cars will line the streets.