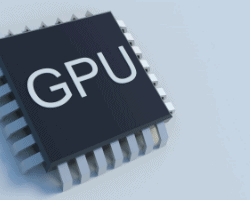 New NVIDIA offerings align with its commitment to creating an AI-driven world for all companies, enterprises, developers, and consumers.

NVIDIA kicked off its 2020 virtual GPU Technology Conference with several decisive steps towards the vision of augmented intelligence, taking its place alongside humans in every part of our lives.

The company’s flagship event began with a visual representation of that very idea – founder Jensen Huang, greeting attendees virtually from his kitchen to talk about the next stage of our relationship with and to machines and virtual intelligence.

It’s poetic. The conference will take place online this year due to pandemic restraints, but advancements never stop, even for global disruption. Some of NVIDIA’s most exciting announcements include:

Other announcements concentrated on NVIDIA’s commitment to bringing AI into every step of its operations, including systems such as Clara, Rapids, Maxine, and Merlin. Plus, NVIDIA announced quite a few partnerships with major players in the data science and artificial intelligence fields – Cloudera, VMWare, and GSK.

One of the most exciting announcements is a direct outgrowth of NVIDIA’s commitment to the democratization of development and research, the Jetson Nano 2GB. It’s an entry-level single board computer designed to bring robotics development into the hands of students and makers everywhere.

At just $59, it runs on NVIDIA’s Jetson AI-at-the-Edge Platform and brings NVIDIA into direct competition with the Raspberry Pi 4. It’s one architecture, cloud-native, and all frameworks compatible.

In conjunction, NVIDIA will also offer free training in AI to supplement open-source projects and research built through the Jetson Community. Together, these are scalable through NVIDIA Jetpack SDK.

In total, NVIDIA is releasing 80 new and updated SDKs for a total of 110. NVIDIA is committing to creating an AI-driven world for all companies, enterprises, developers, and consumers.

Huang says it best: “The Age of AI is in full throttle.”