The company’s GPU database, battle-tested by the military, gains momentum in the enterprise and funding from investors. 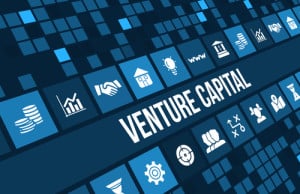 Kinetica, a provider of the world’s fastest GPU-accelerated relational database, announced it has raised $50 million in Series A financing. The round was co-led by Canvas Ventures and Meritech Capital Partners, with participation from new investor Citi Ventures and existing investor Ray Lane of GreatPoint Ventures.

In 2009, Kinetica co-founders, Amit Vij and Nima Negahban, were hired by the United States Army Intelligence and Security Command and the National Security Agency (NSA) to create a system to track and capture terrorists in real time. No database existed in the market that could meet the Army’s demands, so they built a new class of enterprise-grade SQL database from the ground up, powered by GPUs that could provide instant results and the capability to visualize insights across massive, streaming datasets, the announcement said.

“At the time, our database ingested data from more than 200 different streaming big data feeds. This included drones that tracked every asset that moved at 30 frames per second; mobile devices that emitted their metadata every few seconds; social media like Twitter and Facebook; and cybersecurity data. We were evaluating billions of signals to find that needle in the haystack.” Kinetica co-founder and CEO Amit Vij said.

From military to mainstream

“Now imagine this powerful analytics database at work in banks, oil and gas, automotive, healthcare, telecom, airline, logistics and delivery, and retail and ecommerce companies,” said Paul Madera, partner at Meritech Capital Partners. “These and other types of enterprises will profit from making rapid decisions using the totality of their data – including hundreds of terabytes of streaming and unstructured data.”

According to the company, their database technology is being used in a variety of use cases including the following:

The company said it will use the new funding to increase their engineering, marketing and sales talent pool and open new offices across the globe.

Kinetica and Nimbix Now Offer GPU Computing in the Cloud