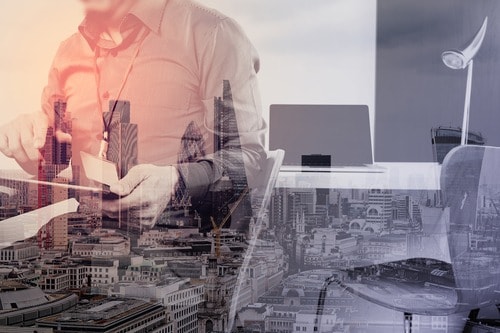 The report found that U.S. businesses, especially energy and utility companies, are at the forefront when it comes to large scale IoT projects. 19 percent of them have more than 10,000 IoT devices deployed, compared to 13 percent in Europe and just 7 in Asia Pacific. 67 percent said they’ve gained significant returns on their investment.

The types of benefits reaped from IoT projects are increasing as adoption does. In Asia Pacfifc, 53 percent said increased market competitiveness was their top benefit, compared to 35 percent in America and 33 percent in Europe. Greater insights, reduced costs and improved productivity were also at the top of the list. In the automotive sector, 51 percent of respondents reported improved brand differentiation as a result of IoT implementation.

“Over the five years of this report we have seen the number of companies that have adopted IoT double, and projects have grown from small pilots to global rollouts of tens of thousands of connected devices,” Vodafone director of IoT Erik Brenneis said.

“IoT is clearly here to stay and the future looks exciting as 79 percent of adopters are saying that IoT will have an enormous impact on the whole economy in the next five years. I believe we can now say that IoT has come of age and is proving itself across all industries and geographies,” Brenneis said.

The report also found that security is still the largest barrier for companies when it comes to IoT deployment. That said, in companies with 10,000 or more IoT devices deployed, only 7 percent say security is their top concern.

Connectivity is another issue. Companies are now using a combination of network technologies ranging from fixed line to LP-WAN. According to the report, the average large scale project uses four different connectivity options with WiFi and mobile still the most popular. Newer tech is gaining ground though, with 28 percent of respondents saying they are considering Narrowband IoT and other LP-WAN options for future IoT projects.

Other key insights include the following: