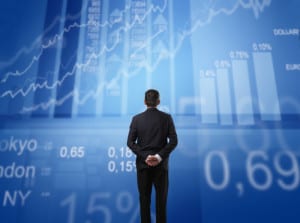 SAP has been an early pioneer of in-memory computing ever since it launched the HANA database platform. SAP HANA Streaming Analytics resides on a separate server than HANA. But it is designed to be tightly integrated with HANA, says Dan Everett, senior director of marketing for EIM at SAP. By adding the HANA moniker to a streaming analytics server SAP is recognizing that analyzing data in motion is now as relevant as analyzing data residing in an in-memory database.

In general, Everett says because of the rise of both digital business and compliance regulations such as the General Data Protection Rule (GDPR) that the European Union is expected to implement in May of 2018 interest in data management tools is starting to spike. Digital business initiatives increasingly employ machine learning algorithms that require access to massive amounts of data to be effective, notes Everett.

“A lot of organizations needs to get their data management house in order,” says Everett.

SAP has made data management a higher priority since it launched SAP Data Hub earlier this year. That offering makes it simpler to manage data pipelines into and out of both the SAP HANA database and platform such as Hadoop and Spark as part of an SAP effort to build out a DataOps framework.

For all the hype surrounding digital business transformation, it turns out that most organizations are not making much use of much of the data they collect. By focusing more on data management SAP is trying to increase the return on investment (ROI) associated with its applications and databases. As part of that effort SAP now competes head-to-head with rivals such as Oracle across applications, databases, and now increasingly data management tools.

It’s not clear yet to what degree IT organizations will be implementing for formal approaches to DataOps in the New Year. In theory, DataOps is a natural extension to any mature set of DevOps processes an IT organization might implement. The challenge, of course, is that most enterprise IT organizations are not necessarily sure where all their data resides, much less how to proactively manage it all.