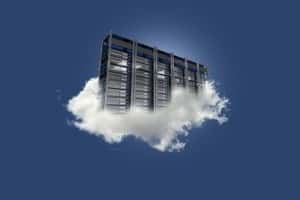 LinkedIn is planning a huge expansion of its edge computing capabilities, under the Open19 Foundation, which aims to create new micro data centers.

LinkedIn sees edge computing as the future of the data center, allowing Internet companies to move most processes to a potentially uncapped and localized system at the cell tower.

Yuval Bachar, a Principal Engineer for Data Center Architecture at LinkedIn, discussed ‘Edge Cloud’ at the DCD Enterprise Focus Day. Bachar sees 5G deployment as the birth of Edge Cloud, which will empower most of the emerging technologies that require low latency and high bandwidth, like self-driving cars and drones.

See also: OpenStack Foundation Wants Us All To Agree On “The Edge”

“A lot of people associate edge with IoT, but it’s a combination of all those elements that require extreme bandwidth, low latency, and processing at a very close point to where the edge is,” said Bachar. “It’s a place where we optimize performance and application localization.”

Edge Cloud differentiates from a normal cloud server in a number of ways, it works in a diversified environment, is extremely distributed, and is integrated in a localized and serverless way. This is not all positive, data centers are secure and well optimized, cell towers are not guarded and lack the ground capabilities of a large data center.

A lot of the fundamentals of Edge Cloud are still to be invented. In the presentation, Bachar listed off a few major complications with maintaining all network processes at the edge, which includes security, cell tower tradeoff, and figuring out what data needs to be sent back to the data center.

LinkedIn has been working on edge computing for a few years now. It deployed Edge Connect in five locations worldwide and saw a 15 to 50 percent improvement in user experience. It has continued to develop for the edge, while also working on data center optimization through the Open19 Foundation, with Hewlett-Packard and VaporIO.

The company sees Open19 as a place for mid-sized businesses, who may be put off by Open Compute Project’s focus on hyperscale operators like Facebook. But, as almost all partners of Open19 also sit on OCP, it is seen more as a complimentary service than a competitor.