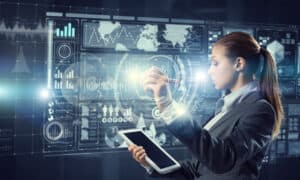 The adoption of AI has stagnated in the past three years, and the number of capabilities per organization has also slowed down from 2021 to 2022.

Since the surge in artificial intelligence adoption in 2017, rising from 20 percent of organizations implementing AI in at least one business area to 58 percent in 2019, growth has been middling. In 2022, only 50 percent of respondents said they were implementing AI, lower than the 2019 figure.

Even though artificial intelligence has a broad set of use cases, some organizations either don’t have the talent or understanding to implement this technology. Some may also see the technology as inadequate for improving productivity or sales.

Robotic process automation and computer vision were the two most commonly used AI capabilities in 2022, similar to the results of McKinsey’s State of AI Report 2021. Natural-language text understanding was the third most used AI capability, which has rapidly increased in adoption since 2018, when it was middle of the pack.

“In 2018, manufacturing and risk were the two functions in which the largest shares of respondents reported seeing value from AI use,” said Michael Chui, partner at McKinsey Global Institute and author of the report. “Today, the biggest reported revenue effects are found in marketing and sales, product and service development, and strategy and corporate finance, and respondents report the highest cost benefits from AI in supply chain management.”

In terms of risk, not much has changed on that front, with the same risks remaining relevant to organizations. Cybersecurity has increased slightly in terms of relevancy and intention to mitigate, from 48 percent in 2019 to 51 percent in 2022. Regulatory compliance and personal privacy were also cited as key AI-related risks.