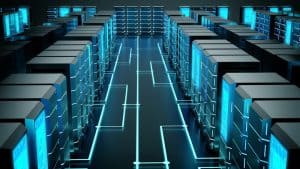 Microsoft intends to make its supercomputer resources, alongside its AI models and optimization tools, available to Azure and GitHub developers, through its AI at Scale initiative.

Microsoft disclosed at its Build developer conference on Tuesday that it has built one of the “top five” publicly-listed supercomputers, designed to train very large artificial intelligence models.

The supercomputer was built in collaboration with OpenAI, an AI research laboratory aiming to promote and develop friendly and beneficial AI.

While Microsoft did not release any performance scores (we’ll have to wait for Top500 to test it), it did say the supercomputer had 285,000 processor cores, 10,000 graphic processors, and 400GB/s network connectivity for each server.

Not every AI project will require a supercomputer this size, but for large projects, this scale of performance may be necessary to achieve results in an adequate timeframe. Microsoft has already utilized the supercomputer to improve its own services, including Bing, Office, and Dynamics.

Microsoft intends to make its supercomputer resources, alongside its AI models and optimization tools, available to Azure and GitHub developers, through its AI at Scale initiative.

“AI is becoming a platform,” said Microsoft chief technical officer, Kevin Scott. “This is about taking a very broad set of data and training a model that learns to do a general set of things and making that model available for millions of developers to go figure out how to do interesting and creative things with.”

Opening up the supercomputer and Microsoft’s AI models to developers of all sizes may level the playing field for AI development. Academic researchers and start-ups will be able to leverage Microsoft’s enormous technical capacity, to advance AI’s sophistication in a number of industries.

“This supercomputer is a great way forward in developing artificial general intelligence, another term for autonomous computers that can see the world and solve tasks the same way humans do so that human intelligence can be freed from the drudgery of monotonous work and committed to the pursuit of imagination and creative rewards,” said Suraj Amonkar, a VP and Fellow at Fractal Analytics.

“This will also serve as a great platform that developers and other organizations can build on to create large AI models. How well it is able to deliver remains to be seen, but if it does, the world can expect massive advancements in solving looming challenges like climate change, medical research, education, healthcare, and other pressing challenges humanity is facing today,” he added.

According to Top500, IBM Summit and Sierra have held the two top ranks for maximal achieved performance since 2018, at 148 and 94 petaflops. Microsoft breaking into the top five would be a first for them.

It should be noted that Microsoft is not the first company to build a supercomputer primarily for AI. Japan’s National Institute of Industrial Science and Technology, in collaboration with Fujitsu, has built a supercomputer dedicated to AI, ML, and deep learning at the University of Tokyo. IBM’s Summit is also regularly used for AI model training.