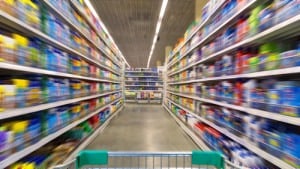 Walmart has confirmed it will use Microsoft Azure for all cloud-related operations. The retail giant intends to utilize Azure’s IoT and AI tools.

Walmart has confirmed it will use Microsoft Azure for all cloud-related operations. The retail giant intends to utilize Azure’s Internet of Things (IoT) and artificial intelligence (AI) tools, and convert its applications to be cloud-native.

The agreement could imbue into Walmart’s offline sector too, by using machine learning to optimize pricing on the hundreds of thousands of items sold in stores across the United States. A cashier-less checkout system, something Walmart is working on, may see more efficiency and customer satisfaction with AI embedded.

Bringing the supply chain online may save Walmart millions of dollars in the next few years, as sensors are deployed to track energy consumption and stock intake. This may improve Walmart’s competitiveness against Amazon and other online retailers, which are already using IoT to gain competitive advantage.

Brad Shimmin, technology analyst at GlobalData, said: ‘‘For Walmart to successfully compete against Amazon, it will need to beat it at its own game. That means speeding up its effort to deploy a cashier-less checkout system. For that, the company does not need backend scalability per say. Rather, it needs a partner capable of solving big data problems, wrangling IoT devices and plying AI — all from a single cloud platform. This is the underlying technological current flowing beneath the Microsoft and Walmart partnership.”

‘‘By partnering with Microsoft, Walmart’s internal development staff can work within the confines of a lifecycle-complete environment that blends Microsoft’s own best of breed software (SQL Server, Office 365, etc.) with open source solutions such as Apache Hadoop and Tensorflow — all supported by a set of rapidly consumable services designed to solve domain-specific tasks,” he added.

Microsoft seemed like the most likely candidate to land the Walmart deal, considering the retail giant doesn’t want to work with AWS and, in a recent study, Google Cloud Platform (GCP) was rated the most expensive in almost every scenario. Other cloud providers, like IBM and Alibaba Cloud, do not have the same plethora of services and scale as the big three, making it hard to justify for the biggest retailer in the world.