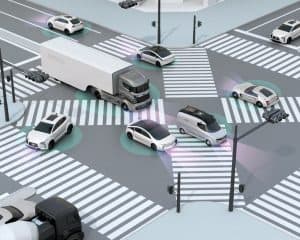 The new system offers an improvement of a second over current Lidar systems deployed in almost all autonomous vehicles.

Researchers at MIT, funded by the Toyota Research Institute, have developed a new system for autonomous vehicles and robots to sense approaching objects.

The system, called ShadowCam, is able to sense small changes in shadows and determine if the object will collide. In the press release, MIT said the system could be used by autonomous vehicles in car parks, to recognize a person walking behind the car and also by an autonomous wheelchair in a hospital, to navigate busy hallways.

In tests, MIT researchers found the new system to be an improvement on the current Lidar systems deployed in almost all autonomous vehicles by a second. That may not seem like much, but in the self-driving world, a second faster recognition may make all the difference.

However, the tests have only been conducted indoors, where autonomous vehicles move slower and lighting conditions are more consistent. If the system doesn’t surpass Lidar outdoors, it may need to be used in conjunction with the technology for future self-driving tests.

“For applications where robots are moving around environments with other moving objects or people, our method can give the robot an early warning that somebody is coming around the corner, so the vehicle can slow down, adapt its path, and prepare in advance to avoid a collision,” said co-author Daniela Rus, director of the Computer Science and Artificial Intelligence Laboratory at MIT. “The big dream is to provide ‘X-ray vision’ of sorts to vehicles moving fast on the streets.”

The researchers are working on speeding up the system, possibly through further automation of the shadow sensing, and aim to conduct outdoor tests in the near future.