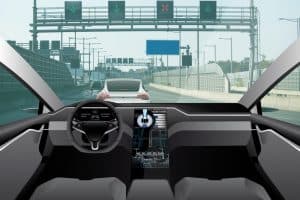 By sharing this dataset, the researchers hope to accelerate research into autonomous driving systems and advanced safety features.

Researchers from MIT and Toyota have published a new open dataset, called DriveSeg, aimed at advancing research into self-driving systems.

The dataset is different from most others, as it is primarily video driving scenes. Pattern recognition systems perform best when they use video scenes, rather than static images, as it makes amorphous objects more easily identifiable.

“In sharing this dataset, we hope to encourage researchers, the industry, and other innovators to develop new insight and direction into temporal AI modeling that enables the next generation of assisted driving and automotive safety technologies,” said Bryan Reimer, principal researcher at MIT.

Waymo, the leader of autonomous vehicle development, uses a video feed from real-world tests and simulation to improve its self-driving technology. For start-ups without a fleet of cars or access to a large database of street view images, open datasets are the next best option.

“Whenever we drive, we are always tracking the movements of the environment around us to identify potential risks and make safer decisions,” said Rini Sherony, Toyota research center senior principal engineer.

“By sharing this dataset, we hope to accelerate research into autonomous driving systems and advanced safety features that are more attuned to the complexity of the environment around them.”

MIT has a longstanding research relationship with Toyota, established in 2015 to accelerate artificial intelligence research. Since then, they have explored a blockchain-based insurance program, published a model for better autonomous reasoning, and built a $1 billion autonomous vehicle research hub in Ann Arbor.

Toyota has been relatively slow to self-driving vehicles and has focused more on semi-autonomous safety features than full autonomy. This may pay off for the car manufacturer, as public opinion on self-driving is still low and we’re unlikely to see a fully road-ready self-driving car in the next few years.