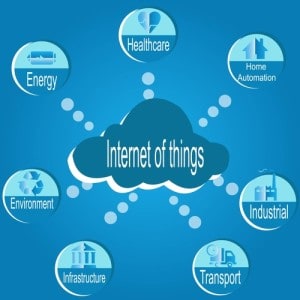 The Internet of Things (IoT) is huge right now because of the cloud, which makes connecting devices more affordable and provides speed-to-production. As RTInsights blogger David Linthicum explains, most IoT developers are experimenters—and the cloud is a great place to experiment considering the brief time it takes to get resources provisioned and into production.

According to a recent Evans Data Corporation (EDC) report entitled, “Internet of Things Study 2015, Volume I,” 79 percent of IoT app developers spend at least 25 percent of their time with analytics or databases and 42 percent of them work on Big Data or advanced analytics projects.

Cloud is Preferred Platform for the IoT

While the cloud is not a mandate for the IoT, it seems to be the preferred platform for most organizations that are looking to build IoT systems. This due to the fact that cloud platforms are cheaper, quicker to deploy, and the security and performance issues that cloud had in the past no longer seem to be a factor.

IoT systems vary a great deal but most of them have to deal with large amounts of data. Moreover, the connectivity must support huge amounts of data movements. The data is analyzed to determine productivity metrics or other data points related to metrics.

For instance, devices that are driving factory production may be enabled to fire off loads of data relating to their production and operations. IoT applications would gather up the data, load the data into a large database, and look for patterns that would indicate issues that need to be dealt with (such as server motor failures, or data that indicates production efficiency including past data and predictive analytics).

Application Development and the IoT

Beyond data and connectivity, the cloud becomes front and center with the IoT and the ease of application development that is emerging. Also, new approaches such as containers—most of which are cloud-based—drive additional IoT interest in the cloud.

I would go so far as to say that the IoT would not be as big of a deal right now if it were not for the cloud. The cloud makes connecting devices more affordable and, most importantly, provides speed-to-production. Most IoT developers are experimenters and the cloud is a great place to experiment, considering the brief time it takes to get the resources provisioned and into production.

The largest advantage around leveraging clouds is the massive amount of storage that IoT requires to manage the data, both structured and unstructured. Moreover, the cloud offers the horsepower to cull through data either in real-time (which is typically what the IoT requires) or the ability to provide near-time analytics.