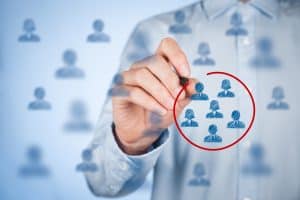 Most people have never heard of Near, Inc. But the startup has raised another $100 million in funding to advance the development of a Big Data analytics platform used by some of the world’s largest brands to surface more relevant online experiences for customers.

Through a software-as-a-service (SaaS) application dubbed AllSpark, Near collects massive amounts of anonymized data from around the world. That data is then analyzed to provide companies with insights from, for example, mobile phones where the user tends to be physically located. Armed with that insight, brands use that data to deliver a relevant message to user without knowing their specific identity.

See also: Data as a Service: The New Model for Analytics?

Brands also try to correlate data collected by Near with their own data to make a more educated guess about a person’s location and whether they might be a new or existing customer.

For example, Near will surface all the information it has on women aged 25 to 50 who have visited a mall in a certain area. That makes it possible for marketers to infer market share of that demographic they may have based on data they already have about their known customers.

Companies such as News Corp, MetLife, Mastercard, and WeWork rely on Near because it allows them to analyze location-based data without having to be concerned about violating privacy laws in a specific region, says Near CEO Anil Mathews.

Headquartered in Singapore, Near already collects data on 1.6 billion users per month across 44 different countries. “We collect more than 10TB of data every day,” says Mathews.

Near collects that data from third-party entities that have already convinced individuals to opt-in to a service that includes provisions for sharing anonymized data with services such as Near.

The additional funding in part will be employed to gain access to additional data sources, which Near notes are becoming more expensive as people and organizations continue to appreciate the value of their data. All told, Near has raised $134 million.

In addition to acquiring new data sources, Near will also invest in the IT infrastructure required to support its application as well continuing to develop and employ machine and deep learning algorithms to derive more business value from the data it collects, says Near.

How each organization subscribing to the AllSpark service employs the data and analytics surfaced by Near, of course, varies. There’s a fine line between being extremely relevant to an end-user and creeping them out because it’s become possible to perhaps infer too much about their interests.

Whatever the customer analytics path an organization chooses, however, there may come a day soon when organizations will be held more accountable for how they employ the data they collect or gain access to via services such as AllSpark.

Arguably, one of the things Near has going for it most is that the processes it employs to collect and analyze anonymous data are already well documented.