Home / Tools and Tactics / Blockchain / For IoT, ‘Permissioned Networks’ Are the Key to Blockchain 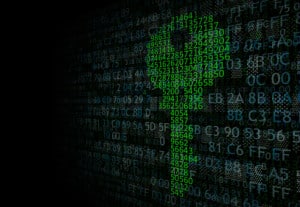 Machines that can auto-transact with other machines — a car that pays for its gasoline, for example — aren’t that far off.

It’s great to be open, but it also means more latency.

Most prominent, working blockchain instances — such as cryptocurrency — have been operating as “open networks,” meaning the transactions must pass “proof-of-work” validation before passing from party to party, relates Mance Harmon, head of architecture at Ping Identity. Now, as “permissioned networks” emerge, the potential for blockchain as a foundation for real-time machine data transfers and transactions — an Internet of Things market — may take off in a big way.

“Open networks are networks in which the users are individually unknown and untrusted, and thus require the use of proof-of-work to ensure the security of the system,” Harmon explains, citing Bitcoin is the best example. He adds that “the proof-of-work mechanism results in a significant performance hit on the network in terms of throughput — transactions per second — and consensus latency, or how long it takes the community to come to an agreement on the order of transactions.”

On the other hand, “permissioned networks require a business contract with the members, which establishes a trust relationship prior the member joining the network,” Harmon explains. “As a result, the network operators use a form of blockchain that doesn’t use proof-of-work, and therefore has better performance.” The main drawback is ability of the networks to scale, he adds. 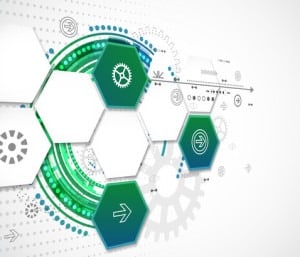 Permissioned networks: a work in progress

“Permissioned networks are still in the proof-of-concept stage” when it comes to their applicability to blockchain, Harmon explains. “I haven’t seen any reports of a permissioned blockchain going into production.” Things are moving quickly, however. Harmon cites the HyperLedger project, a consortium of companies managed by the Linux Foundation, as an example of an emerging permissioned blockchain solution.

Harmon adds that cases in which blockchain is supporting IoT initiatives — recording transactions with sensors or devices, etc – is “on the near horizon.” An example is Filament, which is directly addressing industrial IoT applications.

“Filament provides sensors in different form factors that can be used with legacy hardware or integrated into new devices. Each sensor, or thing, has an identity, and will create signed packages, or transactions, of sensor data to be placed on a blockchain. Filament envisions that these sensors, integrated with customer products, will enable autonomous devices in decentralized network to independently exchange value,” he relates. “Things can negotiate to exchange data, network access, currencies such as Bitcoin, compute cycles, contracts for ongoing service, trusted introductions to other devices, and much more.”

Blockchain transactions: Who runs the market?

Harmon is bullish on the prospects for blockchain in becoming the enabler for IoT networks, but cautions that more work needs to be done to effectively establish “fair markets” that cannot be influenced by “miners,” or the individuals who oversee the consensus system.

This market-driven approach to real-time data exchange and blockchain transactions is something new for many companies.

“Business models have to change for IoT to reach its full potential,” Harmon states, citing a conclusion IBM advocates had drawn — that “things will operate independently using smart contracts in online markets for Thing services and information. “

“For example, a vehicle might automatically communicate directly with a parking meter, and based on time of day and other factors, negotiate a rate and complete a transaction. As an additional example, each residential home might have a weather sensor that is primarily used for managing lawn irrigation.  However, secondarily, the weather sensor might offer sensor information in a market that is used by any number of weather-related consumers, and be paid for the sensor information it provides.  The price for this information might be set based on market prices based on supply and demand.”

IoT and blockchain: a ‘gig economy’ for machines?