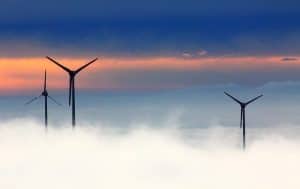 The wind is a tricky energy source. While turbines can produce powerful surges required to create energy, predicting when winds will pick up to integrate wind power more fully into the overall energy grid has been challenging.

Thanks to researchers at King Abdullah University of Science and Technology (KAUST), new statistical models may produce better predictions down to a few hours for how winds are likely to vary in time and space.

See also: Why AI Has A Star Role In The Future Of Energy

Wind energy is part of a diverse set of renewable resources. With better predictions for wind movements, societies such as Saudi Arabia could see it integrated more fully into the grid. Saudi Arabia has a goal of nine gigawatts of installed wind energy by 2030, and these models will provide the type of certainty the kingdom needs to reach that goal.

The algorithms allow for efficiency and fewer variations as far as wind power is concerned, potentially making it as reliable as solar or water-based energy solutions.

The team observed 28 wind stations hour by hour to develop the approach. Traditionally, prediction methods relied solely on speed, causing wide statistical variations. Instead, the team used a spatio-temporal model of wind speed and both space and time-varying statistics to create a robust model of predictions.

Researchers found the system accurate from within a few minutes to a few hours ahead and from a single station viewpoint to an entire continental area. They were able to use just a few wind monitoring stations to make these sweeping predictions, bringing the world much closer to harnessing wind as an integrated energy source.

The statistical models allow the team to make these predictions using far less computational power, allowing the country to implement wind power into the energy grid without sacrificing massive energy to get there. It will enable an accurate understanding of uncertainty, which improves efficiency — something we haven’t seen in wind power before.

The results could be profound, not just for Saudi Arabia but for the rest of the world as we build newer, more efficient energy grids that rely on renewable resources. Our quest to understand and predict seemingly random environmental events continues.