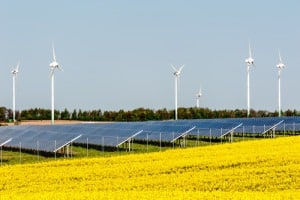 Nokia has been selected by the Brazilian power distributor Elektro to deploy a private LTE network designed for smart grid support.

Nokia recently announced it has been selected by the Brazilian power distributor Elektro, part of the Neoenergia/Iberdrola group, to deploy a private LTE network in the city of Atibaia and surrounding areas in the state of Sao Paulo in support of smart grid deployments.

The wireless 4G network, the first of its kind in Brazil, will serve more than 75,000 homes and businesses.

Nokia said the smart grid project will increase grid reliability by up to 50 percent, and reduce commercial losses by up to 80 percent.

“This private LTE deployment will provide the large-scale connectivity, extensive coverage and high-bandwidth service needed for Elektro to extend the reach of its network out into their distribution grid, making the grid much smarter,” said the head of Nokia Latin America, Osvaldo Di Campli. “This future-proof solution will also provide an evolution path to 5G technology in the future, which will offer an array of additional capabilities to keep pace with the fast-evolving utility market.”

The LTE network will be deployed in the 3.5 gigahertz frequency band, the first such installation in South America. The network will provide connectivity for grid equipment, smart meters, substations, and distributed energy generation sources throughout the service area, and enable grid automation through real-time exchanges of information between these devices and Elektro’s operations center.

This will enable the quick identification of events on the electrical grid for rapid restoration in case of failure, and even to avoid outages before they occur, according to the company.