Home / Industry Insights / Now, the Internet of Things Can be Made Self-Aware 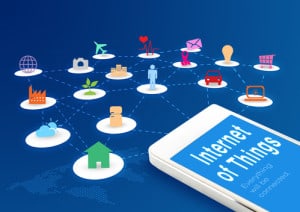 MIT proposes taking IoT to its next natural cognitive level. This means adding some AI across the entire IoT network to make it self-aware.

Up until now, the Internet of Things (IoT) has basically consisted of sensors and devices shipping data to some centralized or semi-centralized environment for processing. With fog computing, there are efforts to introduce processing and analytics power close to, or within, the devices themselves, thereby reducing latency.

Now, some researchers at the Massachusetts Institute of Technology propose taking things to even a higher level. That is, adding some intelligence across the entire IoT network. Artificial intelligence, that is.

Sanjay Sarma, and Joshua E. Siegel, both with MIT, urge that more artificial intelligence be injected into IoT configurations, and have a way to do it. Writing in the IIC Journal of Innovation, they state that “the marriage” between IoT and AI “will become increasingly valuable to industry,” in the form of improved security, seamless and pervasive implementation, and outcome-based applications.

Sarma and Siegel cite some down-to-earth examples of how an intelligent IoT would function on a whole new level. “An intelligent IoT would read my emotion from wearable devices and change the color and brightness of my lights as I walk through the house to evoke a pleasant response,” they state. “An intelligent alarm clock would consult my medical records, work e-mails and calendar events to ensure that I woke up at the right time able to perform my best, while still having enough time to complete all of my assigned tasks.”

Frankly, the idea of an “intelligent alarm clock” sniffing around my personal data before it wakes me up sounds more annoying than appealing. But the implications for product and service delivery by enterprises may open up exciting new dimensions.

Today’s IoT-based systems and networks are still mechanical in nature — thresholds are crossed, and switches are thrown. “Older connected systems use rule-based logic to perform,” Sarma and Siegel explain. “System functionality can be reduced to a series of cascading conditional ‘if’ statements. These statements may be complicated, as in the case of decision trees, or simple – turn on a light if the process temperature exceeds a set limit. Often, such ‘intelligence’ uses few enough input parameters to be counted on fingers, at slow data rates allowing for human oversight.”

If something outside the scope of this on-off configuration occurs, the system malfunctions, they add. “AI addresses the problem by imbuing physical objects and their digital duplicates with a degree of self-awareness. In this way, AI cultivates another IoT: the Intelligence of Things.” This new variation of IoT will support “self-learning models” that will be able to “identify impending failures, minimizing downtime, optimize process efficiency to limit work-in-progress, or even identify tampering.”

To be self-aware means to be self-teaching

With data constantly streaming through these more self-aware systems, they will be continually learning and adapting to changing realities. The result would be IoT networks capable of self-healing in the event of disruptions, and able to assess and address customer problems with products. For example, automatic software patches will be broadcast to all interconnected devices associated with a product line, perhaps even before any problems occur. Stresses on a component of a car engine, for example, may be recognized by the system long before humans are even aware of it, and fixes automatically applied.

In addition, “AI brings a human element to IoT by applying data and context-awareness to problem-solving,” say Sarma and Siegel. “This allows machines to adopt some of people’s best traits: resilience in the face of unexpected situations, data-informed rationality, and the ability to make (and break) rules as new information is made available. And unlike humans, artificial intelligence is always learning and has a perfect memory.”

Perhaps our IoT networks will gain a perfect memory in the process as well.