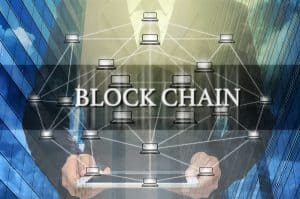 Blockchain has multiple applications in the payments industry including use in cross-border payments, foreign exchange (FX) settlement, trade settlements, card payments, and more.

For most people, blockchain and cryptocurrency are almost synonymous with each other. Cryptocurrencies like Bitcoin and Ethereum are often seen as competitors to traditional payments and official currencies. But the truth is that cryptocurrencies are applications that have been built on the principles of blockchain technology. If any other application used the same principles of peer-to-peer communication, distributed databases, transparency, permanence, and security, it could very well qualify to be called a blockchain application and enjoy the same benefits. These principles can be used in the payments industry offering many advantages.

Blockchain has multiple applications in the payments industry including use in cross-border payments, foreign exchange (FX) settlement, trade settlements, card payments, and more. We will explore some of these here.

International Reconciliation: SWIFT with 34 global banks successfully completed a proof of concept (PoC) to evaluate if Distributed Ledger Technology/Blockchain could be used for Nostro reconciliation. Nostro/Vostro accounts are used when a bank does not provide services directly in some countries but does it through a correspondent bank. The conclusion of this PoC was that Blockchain could effectively support automated real-time liquidity monitoring and reconciliation if adopted globally by all the participant banks.

Card Payments: Card payments are convenient, cashless payment option for shoppers, but there is a high processing fee involved for merchants. This is because there are multiple intermediaries involved that can be categorized as acquirers (merchants bank), payment gateways, interchange (Visa/Master), and issuer (cardholders bank). Since there is no central authority involved with Blockchain, there would be no need for so many authoritative entities. This would help the merchants who would have to pay less for service charges, transaction charges and, in turn, can offer higher discounts to customers.

Cross-Border Payments: Cross-border payments have to pass through several banks while going from one country to the other. This increases the fees involved in making them. Mastercard has come up with a blockchain-based solution that combines with its existing settlement network to connect the sending and receiving bank directly without the intermediaries. They will, however, accomplish this without using any cryptocurrency but will allow funds to be transferred as fiat currencies used currently. Similarly, FinTech provider R3 is working with 22 banks to build a real-time international payments solution that uses Distributed Ledgers to enable fast, efficient, and cost-effective cross-border payments.

Trade Finance: Financing for trade between a buyer and seller, whether domestic or intermediary, is done through multiple intermediary banks that utilize different financial products that make the trade possible. Smart contracts for trade finance is a capability provided by blockchain technology. These are self-executing contracts, where the terms of trade are directly written as code on the blockchain. These automatically execute payments when specific conditions are met. An example of a condition could be receipt of a shipment of goods.

While cryptocurrencies remain the most popular and widely discussed application of blockchain, there is no denying that it has a wide range of applications across various industries globally. Almost all the big names in the finance and technology industry like Mastercard, Visa, Oracle, and IBM have invested in blockchain to create their version for use across some of the above applications. They already had the required building blocks like expertise in distributed databases and cryptography that could be put together using the blockchain philosophy.  Although there isn’t a universal standard adopted yet, and some of the terms are too complex for a non-technical person to understand, it is highly likely that blockchain would be transparently adopted and become part of our daily lives soon.

David Smith is a cryptographer with 12 years of experience in both the public and private sectors. He is currently working on his second startup (currently in stealth mode) that will track and interpret the use of contactless payments in the Greater China region.