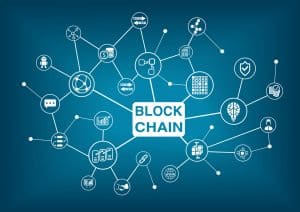 Although blockchain technology is still evolving, it can already offer many advantages to the scientific community.

Blockchain is revolutionizing the world.

It is one of the biggest technology markets worldwide, with prospects to continue growing and eventually reaching 23.3 billion dollars’ worth of investments by 2023, according to Statista.

In the future, the rapid growth in investments will encompass many different industries, and blockchain will become a mainstream technology.

See also: How Blockchain Technology and Cognitive Computing Work Together

According to Deloitte’s survey, manufacturing industries, as well as the energy sector, along with healthcare, technology, and even the public sector (governmental institutions, executive branch), will eventually turn to blockchain technology to organize data, store it, and ensure its security.

But here’s what caught our attention, while analyzing this survey.

Interestingly enough, life sciences (biotech, medical devices, and pharma) ranks high on the list of industries that will make use of blockchain. The technological advancement in life sciences greatly impacts the quality of healthcare, giving us new opportunities to improve it.

Technological advancement in engineering and computer science will give us new opportunities in manufacturing, the energy sector, and other related fields.

This pushes us to deduce the following thought: will science in general be changed by blockchain technology? And, if yes, what opportunities, prospects of implementation, and potential problems should we expect from it?

Blockchain technology is versatile. Therefore, the whole ‘data-hash-previous hash’ system works for every transaction involving value, whether it’s money, goods, or information. Besides, the high levels of security ensure fraud protection, as every transaction is recorded and distributed among the computer network.

As a result, these features of the blockchain technology offer the following opportunities that can revolutionize science in different aspects.

The science behind blockchain is simple.

A set of blocks that contain data is shared in one network of parties (nodes), which have equal and immutable access to the data carried by the block.

What’s in it for scientific research?

Let’s say a group of researchers is working on a statistical analysis of a certain business venture. They collect data that is stored in blocks, thus creating a data-carrying blockchain for this research.

Any changes that are made to this data will not go unnoticed, as every researcher from the team can equally spot and track these changes.

Joris van Rossum, Director of Special Projects at Digital Science, says that among the biggest benefits that blockchain can bring to scientific research is eliminating poor communication.

Blockchain is designed in a way that ensures safe storage of any data that every block contains. Hashes, which work as a protection device for the data, are hard to tamper, thus keeping all research data safely stored.

Essentially, blockchain is a decentralized database of information. It is decentralized because every node has full access to the data and any changes that have been made. This includes any changes made involving the hashes of every block, thus making it impossible to leak the information or corrupt it.

Blockchain technology also ensures an extra level of protection, as all the data is broken into segments (shards), which are encrypted. Thus, any classified research data can be safely stored in blocks, accessed, and tracked by every node in the network.

Blockchain technology brings an opportunity to make the decisions and the activity of scientific organizations more transparent by introducing so-called smart contracts.

Distributed ledger technology enables blockchain to store small computer programs that track the data. Smart contracts are created in the form of computer programs and are designed to cut the middleman in all data transactions. Instead, this smart contract becomes the middle man, and all the activity can be traced by the network of nodes.

The two main features that science and scientific research can benefit from are that smart contracts in their nature are:

This feature of smart contracts won’t allow any of the two parties to opt out of the contract, change its terms, or terminate it. This means that every scientific organization that was promised governmental funding will get it.

Smart contracts are almost impossible to tamper with. As all the activities are fixated and stored in blocks, it not only gets safer to store this data but makes the general activity of scientific organizations more transparent and organized.

Blockchain for Science: Prospects of Implementation

All the above-mentioned opportunities have already found their implementation in decentralized blockchain-based data storage.

Essentially, all the above-mentioned opportunities, brought to science and scientific research by blockchain, are already, in one way or another, implemented by decentralized clouds.

Besides obvious reasons, like transparency and security, scientists and researchers could be interested in decentralized clouds for the following reasons:

Since blockchain technology is behind this idea, every file in decentralized cloud storage is marked with a hash, and every other file contains a hash from a previous file. Thus, any scientific organization, or even a small group of researchers, can be sure that every file is safely stored and won’t go missing.

Alongside with the above-mentioned advantages, the implementation of blockchain technology can potentially cause problems. Aside from the fact that science is currently not fully ready for blockchain adoption, the technology itself is still underdeveloped, which may lead to the following issues.

The goal of blockchain technology is to encrypt and safely store the data and establish consensus in a distributed network.

To prove that a network member has permission to write to a certain chain, it is required to run complex algorithms that will ensure rightful authorization. Such algorithms take immense amounts of computing power, which comes at a cost.

So, even if blockchain technology can solve the problems of securing and storing the data for scientific research, the authorization of each network member remains an issue.

All these issues need further clarification and the development of legislation that will cover and resolve them.

Although blockchain is considered one of the most secure technologies in the world, there’s a possibility that a blockchain can be hacked.

This happened to Coinbase and Ethereum Classic when a hacker gained control of more than half of the network’s computing power. Covering this story, MIT Technology Review listed the reasons that could potentially undermine the security of the blockchain technology:

Although now it is the best solution to ensure security, blockchain technology is far from being perfect. Before switching from a centralized server to decentralized cloud storage, researchers should understand that although the chances of research information getting hacked are lower, it is still possible.

Apart from some issues, blockchain technology brings a variety of benefits to the scientific community. Every researcher knows that effective communication, transparency, and data security are crucial for high-quality research.

Angela Baker is a self-driven specialist who is currently working as a freelance writer at TrustMyPaper and GrabMyEssay writing services and is trying to improve herself and her blogging career. She is always seeking to discover new ways for personal and professional growth and is convinced that it’s always important to broaden horizons. That's why Angela develops and improves her skills throughout the writing process to help to inspire people. Also, she writes for LiveInspiredMagazine, rounding out her professional writing career.