Home / Cloud / Real-Time Drones: Coming to an Office Near You 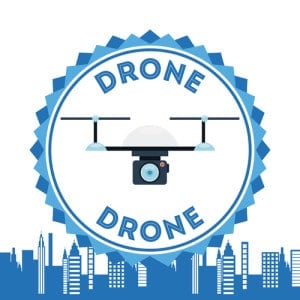 Believe it or not, drones are poised to be one of the next new hot technologies for business. RTInsights expert contributor Connie Moore explains.

Believe it or not, drones are poised to be one of the next new hot technologies for business. RTInsights expert contributor Connie Moore explains.

Really? In case you’re thinking, “Right, and that means that the business users will be park rangers, crime fighters, crop dusters and other people with outdoorsy jobs,” you might want to rethink your assumptions.

Of course, people who work in outdoor environments who need visual inputs on the terrain, landscape, buildings, local population and wildlife are the logical non-defense consumers of drone information. But drones also fit nicely into the Internet of Things (IoT), meaning that drones will produce large amounts of data and video that someone inside the business will need to look at, often in a real-time setting. Usually that someone who needs to see the drone’s output is currently sitting in an office, busy collaborating with colleagues, creating and consuming documents, producing spreadsheets, and updating business applications and databases. In other words, they are doing regular white-collar work. That’s why, if you haven’t already been thinking about it, you might want to pay attention to what’s happening in the world of drones.

Drones have been steadily moving into the business world for several years because drone manufacturers could foresee the wind-down in Iraq and Afghanistan and were looking for new markets. Even though new Middle Eastern conflicts have opened up more demand for drone purchases, the quest for new business markets has not subsided and has actually begun to pay off.

According to “The Drones Report: Market Forecasts, Regulatory Barriers, Top Vendors, and Leading Commercial Applications,” from a May 27, 2015 article in Business Insider, the demand for commercial drones will reach a compound annual growth rate (CAGR) of 19 percent between 2015 and 2020, compared with a more anemic 5 percent growth in defense-related business.

According to the same article, the top industries fueling non-defense growth are agriculture, energy, utilities, mining, construction, real estate, news media and film production. In other words, the more outdoorsy kind of markets; drone usage will quite naturally start in these industries.

In “Get Ready for Drone Nation” from an October 8, 2015 article in Fortune, Clay Dillow identifies the top five markets (which overlap with Business Insider): agriculture, construction, energy, mining, and film and television.

A great example of real-time drone usage involving white-collar work was recently demonstrated by Rahul Dubey, Vice President, Enterprise Sales and Global Head of BPM Practice, Persistent Systems, at Appian World. (Persistent is an Appian partner that sells BPM and several business applications including customer onboarding. Appian is a BPM vendor. The demonstration, which is well worth watching, can be viewed here.)

The demo showcases a disaster recovery team on the ground after an event—with drones in the air—and an incident management team at the office. In this scenario the ground-based crew is coordinating maintenance activities and monitoring a geographic area and specific buildings. They could also be looking for survivors and escalating high-priority repair situations. In the office, workers are getting live video feeds from the drones as they cover the area.

Once the feeds start arriving, workers begin using real-time collaboration tools while reviewing and discussing the footage. At some point, the workers document some of their findings and actions, and store these documents in a document management repository. At the same time, they access other documents in the repository to reference policies, procedures and other information. Depending upon the real-time situation and what the collaboration team decides, workers may open an incident case report by using case management tools in a BPM product and attach incident reports with digital signatures. They also could send reports to compliance officers for review and approval. The BPM tool assigns actions, priorities, due dates and activities to workers, and tracks and monitors the incidents to make sure all the work is completed and cases are closed. (A blog post describing the presentation can be found here).

Not everything is totally rosy in drone world, though. For example, Rex Bost, CEO and Owner of Bost Homes, has sidelined his drone for the time being. According to Bost, “my drone has been inoperable for quite some time so I do not have as many experiences as I had hoped (crashed, sent for repair, came back broken).”

But the company is pleased with the footage the drone has created and has already put the drone to good use by impressing high-end real estate customers and prospects with aerial shots of large properties in hard-to-access locations. Using drones to capture imagery of real estate is already emerging as a hot market and will only grow as the large real estate firms and home builders adopt the technology. Real estate and construction are good examples of the spectrum of drone usage.

As for real-time usage, just imagine video footage in a small homebuilder business; the video will likely not be accessed real-time and may not even be stored systematically online, falling victim to dark data and dark content. At the other end of the spectrum, in large construction and real estate companies, workers could access and collaborate on videos, which are then stored in a media asset management system. Either scenario is plausible.

The one thing we do know: drone usage in business is growing and will continue to grow at an impressive pace—combining with the IoT and the real-time markets to create a new set of business applications. And, if a company with the size and clout of Amazon gets in on the act to use drones for delivery—as it is currently considering—watch out. Every business will take notice and get excited about the potential of drones, meaning that drones really will be coming to an office near you—and sooner than you think.

What? Can’t get enough? Read more: