Home / Artificial intelligence technologies / Real-Time Translation: Around the Corner or Still in Another Land? 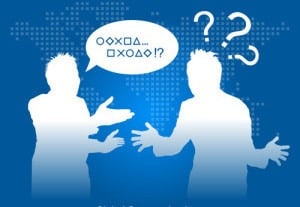 Is language too messy and nuanced for a machine to reliably translate?

I love science fiction and believe life exists in other worlds, but one of the things I always had trouble getting my head around in shows such as Star Trek and Star Wars is the fact that all alien races, no matter what form they take, seem to speak perfect English, right down to catch phrases and idioms. I know you have to let your imagination take flight, and the producers and writers also explain it away as some sort of “universal translator” technology that appears to immediately grasp the alien dialect and make a flawless conversion. 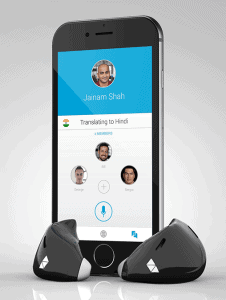 Perhaps 23rd-century technology will be capable of such things. But it appears we’re on the verge of seeing some semblance of real-time audio language translators right here in the 21st century. In a recent post at the MacRumors site, Mitchel Broussard observes that a wearable Bluetooth earpiece called the “Pilot” is attracting a lot of funding at the crowdfunding site Indiegogo. The Pilot is, in the words of its developers at Waverly Labs, “the world’s first smart earpiece language translator. Using the latest technologies in speech recognition, machine translation and the advances of wearable technology, our smart earpiece allows wearers to speak different languages but still clearly understand each other. Simply put, when one person speaks, the other hears it in their language.”

The kit will come with a smartphone app and two earpieces. To enable communication between two people speaking two different languages, the user with the app hands one of the earpieces to the other person, and their conversation is translated through the Pilot’s real-time language translator.

Product launch is scheduled for May 2017, and will provide real-time translations for English, Spanish, French, Italian and Portuguese. Between the summer and fall of 2017, German, Hebrew, Arabic, Russian, Slavic, East Asian and African languages will be added, the makers say.

One obstacle to real-time translation is that languages and phrases are so finely nuanced and contextual that it will take a lot of processing power, rules and data to help people make sense of things. Spenser Mestel, writing in The Atlantic, paints scenarios which could be open to misinterpretation, no matter how sophisticated the translations algorithms and technology.

“Language is a data set that’s far more complex than it seems, so no matter how quickly translation technology evolves, the stochastic messiness of speech will always outpace it,” he points out. “While many people probably couldn’t learn Romanian by reading 50,000 European Parliament reports translated from English, they likely could (fairly easily) decipher the linguistic junkyard that is YouTube comments and Facebook posts—the grammatical atrocities, orthographic abuses, and carte blanche punctuation styles. But a computer cannot process even basic exceptions from its programming rules.”

The problem with machine translation “is not with its technology, but rather with the nature of language itself,” Mestel explains. “Much of what humans learn about people comes not from what they say, but from how they say it, and what (others presume) they really mean. Consciously or not, though, speakers drop linguistic clues that even the densest listener will pick up on. Even an accent conveys information, if only to trigger a stereotype, as any Deep Southerner or Cockney Londoner knows all too well.”

Even written machine translations still cannot quite capture things 100 percent.Consider this excerpt from an article in Fakt, Poland’s leading newspaper, run through Google Translate to English:

“After winning parliamentary elections Zbigniew Ziobro returned to favor President Jaroslaw Kaczynski. President PiS did Ziobro Minister of Justice, and the back began to show off in the media. But not for long. As reported by Newsweek, Kaczynski quickly utemperował ambitions Ziobro.”

“Zbigniew Ziobro, as one of the closest associates of President Jaroslaw Kaczynski, was once tipped up to his successor. However, when Ziobro felt too confident and began to publicly criticize the actions of Law and Justice, has been sidelined track. To favor President Kaczynski returned after the parliamentary elections. But shortly! Kaczynski, as a few years ago, did not like media activity Ziobro.”

Does Tech Need to Solve the Problem?

In one respect, in trips to Europe, a bastion of multiple languages, I’ve seen a real-time, non-tech workaround to the translation issue – everyone knows English as a second language, and uses that as a common means to communicate. Many times at conferences or in restaurants, I’ve heard Czechs speaking to Swedes, Germans talking to Spaniards, and Poles talking to Dutch to each other, seemingly effortlessly, in English.

Still, as far as I know, not many inter-planetary aliens have had English courses growing up in their schools, so the need for a real-time machine translator will be inevitable.

How cognitive computing understands language: an interview with LoopAI