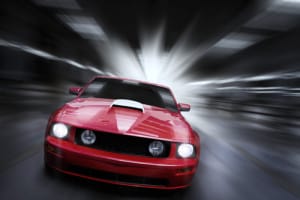 The creation of a virtual race car will allow the use of real-time analytics monitoring and predictive maintenance in auto racing.

Richard Childress Racing (RCR) has announced a new partnership with ANSYS, using the firm’s Pervasive Engineering Simulation software to create a virtual, exact twin of a race car. The model can then be used in conjunction with sensors on the real car to give RCR a better understanding of how that real car will operate under track conditions using predictive maintenance and real-time analytics.

Sensors and actuators will be placed on a real car — initially, a 2018 Chevrolet Camaro ZL1– and will work together to create the digital “twin.” Engineers will use the data collected to optimize vehicle performance and prepare it for race day.

See also: The connected car has an Olympic moment

“RCR is a true pioneer in innovation on and off the track,” said Shane Emswiler, vice president and general manager of mechanical, fluids and electronics, ANSYS. “Building a digital twin will deliver accurate, insightful and reliable results that impact performance every week during race season. Using ANSYS Pervasive Engineering Simulation throughout the entire racecar lifecycle, RCR will race faster, safer and more aerodynamic vehicles.”

The digital model will debut this season. So far RCR has been able to reduce drag and use the data they’ve already collected to improve the structural components and suspension of the car which has resulted in better speeds. Through the new partnership, RCR says they will be able to reduce expensive wind tunnel testing.

“Our competitive advantage is absolutely dependent on our ability to use simulation in all areas of our racing efforts,” said Dr. Eric Warren, chief technology officer, RCR. “Our partnership with ANSYS will empower us to implement a true digital twin and set a new benchmark of performance development and efficiency.”