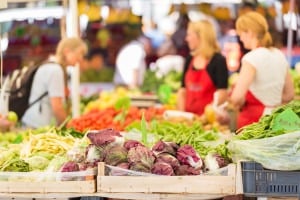 When people talk about the future of self-driving cars, we tend to frame the discussion in terms of how they will affect existing urban and suburban transportation models and how they will likely make the world safer and free up people’s time during a commute.

However, we rarely discuss how the technology will affect rural areas. These locations tend to be underserved in terms of Internet services and retail and self-driving vehicles can service them in a unique way: they can act as mobile stores that can shuttle between locations. This solution will allow underserved populations to receive goods in areas that do not provide delivery services and lack retail options.

Rural and less populated areas rarely enter connected vehicle discussions due to low population density and the fact that many self-driving car proponents are based in cities. Rural areas generally have fewer connections to the Internet since cell towers are designed to address large populations; that makes it harder for vehicles to connect with each other over the 4G LTE protocol. To address the lack of connectivity connected vehicle manufacturers have been developing alternate protocols such as dedicated short-range communications (DSRC) to enable vehicle-to-vehicle (V2V) communication when the cars cannot access the Internet.

The lack of Internet also means rural populations have less access to e-commerce companies such as Amazon and the online side of large corporations such as Walmart.com. Even those who do have consistent access to the Internet may suffer a different problem: delivery services may not go there. For instance, there are some places such as Puerto Varas, Chile (population: ~37,500) where retail options are limited and delivery services are complicated and cumbersome if they are even available. These problems are endemic to rural places around the world, from Southern Chile to Tuscany.  Self-driving vehicles can fix these problems and open a new market.

One of the biggest changes in the North American economy is the steady collapse of brick and mortar stores known as the retail apocalypse which will lead to a retail desert for everyone regardless of geography. In the past large “big box companies” such as Wal-Mart squeezed out many smaller companies. Nowadays, the rise of e-commerce companies such as Amazon is squeezing the big box retailers and the convenience of price checking and shopping without leaving your home is erasing many brick and mortar stores.

Even some of the larger companies such as Toys ‘R’ Us and Macy’s are shutting down, leaving many malls without anchor stores and thus erasing many malls from the American landscape. Credit Suisse estimated that 20%-25% of all U.S. malls that were open in 2017 will close by 2022. This may mean little to those in urban areas and locations with good access to the Internet, but it is a disaster for more isolated areas. Once again, the void in of big box companies can be filled by “mobile stores.”

Mobile stores, to a degree, already exist in small places such as Sarteano, Italy (Population: 4,705), which are surrounded by other small towns. Goods arrive in trucks to these small towns on a weekly basis on designated days. There, people can buy clothes, food, and toys from a variety of different vendors. This allows the locals to go to a “mall” without having to leave town. The same roaming market model exists in US cities in communities which choose to support local producers regardless of whether the community is rural or urban.  These markets, like their European cousins, appear only once a week. Generally, if you miss the market, you have to wait a week to get goods.

The connected vehicle model can accomplish the same goals as the market day model with more flexibility and improvements. These vehicles may be designed to go to multiple places in a day, such as three hours in one Tuscan town, three hours in a second one, and three hours in a third. Instead of having to unpack the vehicle at each location, the people could enter the trucks and do their business there. Instead of going to stalls, people will go to connected trucks instead. They do not have to make the same rounds on a regular basis either.

See also: What autonomous cars can learn from IoT about real-time design

The towns they work with could request they come on different days or times depending on the local schedules. They could follow the food truck model by using social media to announce where they will be. Furthermore, towns could ask the companies to come over for extra times. For instance, a vehicle that specializes in selling toys could come for a children’s festival, or its space could be cleared for drinks for a wine and cheese festival.

Additional benefits for other retailing, too

These vehicles have an additional benefit compared to farmers’ market stalls: since they come in large vehicles, they can come with extra room for people to use. Clothing shops can use the unused areas as fitting rooms and vendors that sell electronics can use it to show off their goods. Furthermore, since these stores can move, they can also act as return centers. Instead of having to teach customers how to properly package an item so it does not get damaged upon its return, a company can just have one of these vendor trucks pick up the item for the refund while they are in town.

In a sense, these trucks can serve both as markets and delivery systems capable of doing inventory and gathering marketing data while they serve as markets. These trucks could be summoned in in emergency situations, such as delivering a prescription when a rural hospital needs one at 3 a.m.

The connected vehicle trucks can modernize the traditional market day by allowing companies to track the goods the same way a department store or an e-commerce companies tracks its goods while selling the goods in the traditional manner. For instance, people can use modern data gathering and analysis systems in a transaction that mostly resembles a market day transaction. This will give one the flexibility to change schedules and go to multiple locations in a day without having to set up and break down the stalls. Just as food trucks have revolutionized the restaurant business, connected trucks can revolutionize the retail industry.