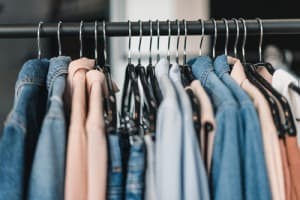 Fashion changes quickly, and retailers thirst for real-time data to help bring their customers’ desires to life and onto their shelves.

A major fashion retailer is making use of mobile applications and sensors to capture reactions to new fashions as models strut down a runway during an event being held during New York’s recent Fashion Week.

Badgley Mischka collaborated with SAP on the development of a Badgley Mischka Runway application for Apple iOS devices that recognizes what outfit is being worn on the runway by a model thanks to sensors either sewn into the clothes or simply inserted into a pocket.

It’s now practical to build these applications because the size and the cost of the beacon sensors has shrunk, says Lori Mitchell-Keller, global general manager for consumer industries at SAP.

“The price of the sensor has really dropped,” says Mitchell-Keller.

Once data is collected from attendees that can either be physical located at the show or watching it online, Badgley Mischa is then feeding the sentiment analytics being generated in real time into a custom forecasting and replenishment system to optimize business planning.

The application is designed to enable buyers for retailers such as Bergdorf Goodman, Neiman Marcus, Saks Fifth Avenue, Harrods and Harvey Nichols to more easily discover additional facts about any outfit being showcased on the runway, including, for example, the materials employed to construct it. By providing that data in a mobile application, Badgley Mischka simultaneously solicits feedback from the fashion show attendees. The give Badgley Mischka more insight to how customers are reaching to an outfit that in turn can be shared with retailers that carry the company’s various fashion lines, says Mitchell-Keller.

In general, Mitchell-Keller says clothing manufacturers and designers have become a major industry focus for SAP. The company has developed a suite of fashion management applications that uniquely address both apparel and footwear. Today the same companies are increasingly manufacturing both apparel and footwear. The SAP approach allows them to invest in one set of software to manage apparel and footwear versus requiring companies to acquire, deploy and manage separate applications. SAP thus far signed up over 100 customers for its fashion management portfolio of software, says Mitchell-Keller.

It’s not clear to what degree sentiment analytics will transform the fashion industry supply chain. In theory, more accurate analysis of customer sentiment should result in more efficient supply chains, which in turn would impact everything from the number of raw goods acquired to the amount of excess apparel being sold through discount outlets. In fact, it’s probable just about every aspect of the fashion industry ecosystem could be impacted by better data-driven analytics, including the designs being created and how they are marketed and sold.

Of course, that level of cultural disruption might require some getting used to in an industry that typically relies much more on art and intuition than real science.