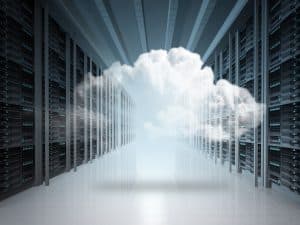 This effort is part of a larger Project Embrace initiative through which SAP is encouraging IT organizations to deploy ERP applications on public clouds from either Azure, AWS, or Google.

As part of an effort to make it simpler to deploy ERP applications in the cloud, SAP and Microsoft last week announced they have extended their existing alliance to provide tighter integrations between S/4 ERP applications running on the SAP HANA database deployed on the Microsoft Azure cloud.

These integrations and reference architectures will reduce the amount of time and effort required to deploy S/4 on the Microsoft Azure cloud in addition to streamlining the support process, says David Robinson, senior vice president and managing director of SAP’s cloud business group.

This effort is part of a larger Project Embrace initiative through which SAP is encouraging IT organizations to deploy ERP applications on public clouds from either Microsoft, Amazon Web Services (AWS), or Google. However, Robinson credits Microsoft with being more aggressive in terms of working closely with SAP to make it reduce the time it takes to deploy S/4 on a public cloud. The two companies are also collaborating on a common object model initiative that will ultimately lead to Microsoft and SAP applications sharing a common data architecture to facilitate application integration.

SAP previously had been making a case of an instance of S/4 hosted on IT infrastructure that was managed by SAP. However, over time it’s become apparent that the amount of data moving to the cloud would drive organizations to deploy most of their application portfolio on the same public cloud. SAP subsequently began to pursue deeper relationships with all the cloud service providers.

However, not all those relationships may be of equal weight. AWS, for example, continues to make its preference for open source databases widely known. Like most cloud service providers, AWS is not going to turn down a class of workloads. However, AWS at almost every opportunity makes an effort to promote the adoption of open source databases. Similarly, Google also throws most of its weight behind open source software. Microsoft, meanwhile, continues to build many of its Azure services around a proprietary Microsoft SQL Server database.

Despite the deepening of ties between SAP and Microsoft, Robinson says IT organizations should not be concerned about becoming locked into the Azure cloud. SAP has created layers of abstraction to isolate the various application programming interfaces (APIs) that cloud service providers expose, says Robinson.

SAP has vested interest in accelerating migrations to S/4 because large portions of existing installed based are still running older releases of its R/3 ERP applications on databases from Oracle. The cost of supporting all those instances of R/3 creates a compelling reason for SAP to want to migrate as many customers as possible to a subscription model based on instances of S/4 running on a HANA database that SAP controls.

It remains to be seen at what rate that transition will occur. SAP says it already has thousands of customers running S/4 on HANA today. However, it’s not clear what percentage of the overall SAP customer base has made that transition or, for that matter, how many customers are now running instances of S/4 and R/3 side by side for what may be an extended period of time.