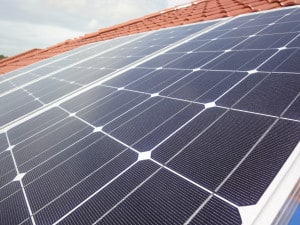 Siemens has invested in a blockchain microgrid developer LO3 Energy, which has developed a microgrid for solar customers in Brooklyn.

The cryptography-based distributed ledger, known as blockchain, is seeing a lot of traction as Bitcoin’s price continues to surge.

Almost every week we hear of a new start-up trying to integrate blockchain into a business line.

See also: Power at the Edge: How Electric Cars Will Fill Up on the Fly

LO3 Energy is using the ledger to create fast and simple electricity transactions between buyers and sellers. The microgrid currently connects 60 solar sites, and 500 customers have signed up.

German conglomerate Siemens in the lead investor in a $6 million Series A funding round for LO3 Energy. Other investors include Centrica Innovations and Braemar Energy Ventures.

Siemens has worked with the start-up for a few years now, supplying the advanced controllers and analytics software for LO3 Energy’s microgrid. It is looking into the possibility of microgrids for wholesale and localized electricity sales.

Director of Microgrids for Siemens Energy Management, Clark Wiedetz, said: “There’s no defined way yet to do transactions for a microgrid.” But he does see the distributed ledger as a way of creating an open and secure way of transacting.

LO3 Energy is preparing to officially launch the blockchain microgrid in the second quarter this year. It has not detailed any plans to launch in other cities or countries.

The drop in energy costs alongside the proliferation of solar energy in some parts of the U.S. is pushing Siemens and other technology companies towards microgrid solutions.