Home / Industry Insights / Energy / Power at the Edge: How Electric Cars Will Fill Up on the Fly 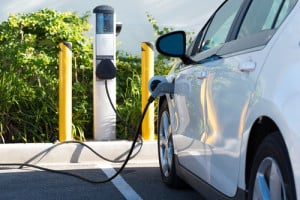 New technologies bringing more autonomous and connected vehicles into production will see more electric cars on our roads. How will they stay charged up?

In the past, cars ran on coal, wood, and alcohol and there were no fueling stations. American carmakers experimented with coal-run vehicles in the 1970s. Many vehicles were converted to use firewood instead of gas during the Second World War due to the rationing of fossil fuels — in fact, there was a network of firewood-stocking stations for just this purpose. The Ford Model T was designed to run on bioethanol, but most Model Ts ran on oil-derived petroleum due to the U.S. alcohol prohibition and cheap oil prices.

Today, most cars are fueled at gas stations, and to a lesser extent, electric charging stations on the road and in parking lots or at home. Electric cars suffer two problems: a charge does not last long in terms of mileage and it takes a long time to charge an electric vehicle. These two problems — range anxiety and charge time anxiety —  could harm the electric vehicle project. There is a range of different solutions to these problems that we should look at.

Range anxiety, or anxiety over how far a vehicle can go before it needs to be recharged, is a real issue. People expect their vehicles to run for long spans of time to minimize their charge times. Tesla recently announced their new Tesla Semi trucks will have a range between 200-300 miles, which is much shorter than their diesel competitors that can drive for 1,000 miles on a tank of fuel. This means that a truck driver will have to fret about finding charging stations far more often than they would otherwise.  Even worse, that truck is going to wait longer for a full battery than its petroleum-based cousin, and time is money.

The Tesla’s 90kWh Model S– which is on the market and can run for 294 miles (473 km)- takes 10 hours to charge from a NEMA 14-50 power outlet, 5 hours and 30 minutes from a wall connector, or 75 minutes at a Tesla 828 Supercharging station. Overall, an EV can take as little as 30 minutes if it has a small battery and uses a supercharger or as long as 12 hours, with a Nissan LEAF 30kWh requiring 4 hours to charge at a 7kW home charging point. By contrast, a fuel tank can be filled in as little as 15 minutes, and you only have to fuel one every ten days or so. So if an EV needs to be charged more often and for longer periods than gas-based vehicles, people will see EVs as less convenient than their petrol-based brethren. While these problems will hopefully be solved by more efficient methods of charging, there are other ways to keep an EV on the road.

A range of different car manufacturers such as Toyota and Sono Motors as well as start-ups such as Lightyear are currently building solar vehicles that can charge the battery while the car is driving and/or charge the vehicle to full capacity while parked, eliminating the need for charge stations.  The only problem with the solar approach is the technology. Right now a solar panel cannot generate more than 1 kiloWatt/m2/day on a 250-watt panel, which means no normally sized car can fill a 50-kiloWatt battery within a single day. Furthermore, solar vehicles cannot charge well or at all on a cloudy day. We will come to a day when vehicles can act as mobile generators and batteries, but the solar option will not be available for some time. 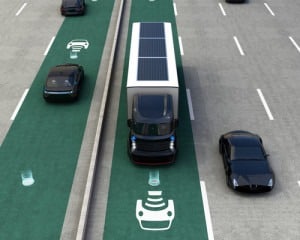 Another option is to have the road power the car. People have been talking about solar roads and parking lots for some time (in fact I already have), but Qualcomm Roads is testing another solution: inductive charging parking spots and roads. Its “Halo” Wireless Electric Vehicle Charging (WEVC) technology allows people to park vehicles over a parking spot fitted with Halo technology to charge vehicles without having to insert a cable, worry about the weather, etc. The idea would be these parking spots could line the streets or be put in people’s homes. That way the vehicles would charge as you perform tasks or while you sleep. We already see similar technology with electric toothbrushes and smartphones. If this technology works as designed, it will be able to generate 3.3kW-6.6kW, even if the pads are misaligned.

The Halo solution is also designed to work on roads, theoretically offering vehicles “unlimited” range. These roads provide 20 kiloWatts of power to moving vehicles. This means any vehicle customized to receive energy from the roads can charge while they are driving, reducing how many times the vehicle has to stop to be fueled. It could also lead to the creation of EVs with smaller batteries since they can go off-road for a little bit before they go back onto a “charging” road or head to a charging station. It is currently being tested in France through a 100-meter road segment, and these segments are presently capable of charging two vehicles at once at highway speeds.

There are some issues with the test roads. It is more expensive to build inductive technology over regular pavement than it is to build new roads, and the advantages of inductive roads for “very short trips” are limited for now- the average car trip in the United States is around 30 miles (48km) per day. The WEVC technology also needs a constant source of energy such as a wind turbine or connecting it to the grid.

There is a modern, existing solution to refueling, one that has parallels with aerial refueling. Whereby cars drive around and refuel other cars. One such company that provides “vehicular refueling” is Filld. Customers simply call to have their cars fueled at specific times and location and Filld does the job even if the customer is asleep. This means time is saved by not having to find gas stations and waiting for the car to be fueled. Fees are based on the average price of surrounding gas stations plus a service fee. The company is still limited in scope- it only functions in San Francisco- but it already has competitors such as Purple.

Finally, Better Place tackled charge time anxiety by swapping batteries at their special “fueling” stations. Whereas it can take at least 30 minutes to charge a vehicle, it only took Better Place three minutes to swap an EV’s battery-and, in fact, the entire car’s undercarriage. The project failed for a wide variety of reasons, ranging from a misunderstanding of their test markets in Israel and elsewhere to failing to convince automakers to make cars that were compatible with the swappable battery technology.

Some of the ideas are promising, such as the inductive charging road. The Halo technology is fascinating, but it is not just a question of how many roads have to be rebuilt with the technology- one also has to refit and build hundreds of millions of vehicles so they can take advantage of the technology and the technology is not ready yet. Furthermore, no car as of now can hold enough solar panels to be fully charged within a day and drive more than a few hundred miles per day.

Filld makes sense, but it will take some time before such companies become common. Even if any of these technologies become ready for prime time, it will take time for them to expand. Regardless, it is worth looking at the technologies of the future to see if we can bring them into the present.