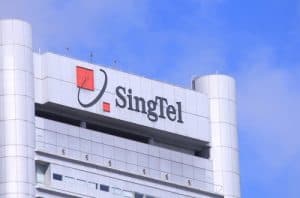 The Singapore-based telco launched an AI-powered IoT network on Microsoft Azure and teamed up with China Mobile for improved IoT services.

Singtel’s Master Services Agreement with China Mobile will give both carriers’ business customers the ability to deploy IoT devices in consumer electronics, cars and industrial equipment in China and Singapore. China Mobile will also use Singtel’s network for narrowband IoT products and services in Singapore.

See also: How will extreme analytics affect your try?

The partnership enables China Mobile customers to deploy IoT devices on Singtel without manual configuration or network switching. Singtel customers will have the same benefits on China Mobile’s network. Both sets of customers will also be able to access a common management platform and a single consolidated bill to simplify device management in both countries.

Singtel also announced plans for an integration of its IoT network with Microsoft Azure. The integration would provide artificial intelligence-powered IoT applications via Azure Cloud. Singtel explained that this will allow easy application migration between networks, devices and the cloud. The integration will also use Microsoft’s IoT Hub and IoT Edge cloud services and other machine learning applications. Customers will be able to deploy network policy control functions including including network on-demand, rate limiting, locking the SIM card in the IoT device, and blacklisting an IoT device from activating.