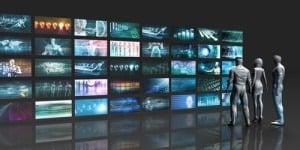 In the rapidly growing world of streaming analytics, Apache and Microsoft take the lead with SAP, Oracle, and Informatica Corporation following.

The major players are investing in R&D and acquiring other firms as they seek market expansion and creation of a deep product portfolio. The increasing adoption of analytics by small and medium organizations is another driving force in the market’s growth.

See also: Where is streaming data analytics at its most tangible?

Streaming analytics major advantages include scalability and easy handling. The data can be streamed through social media, sensors or data platforms, and can also be deployed in the cloud for significant savings as it is based on per usage pricing.

The report also analyzed the markets in North American, Europe, Asia Pacific and the rest of the globe. North America holds the largest market share and is forecast to for the foreseeable future, largely due to the presence of key players and the rapid development of new technologies. Europe comes in second and is expected to see steady growth.

The Asia Pacific region, in third, is expected to see rapid growth due to the growing need for data analytics solutions and the growing adoption of streaming analytics. The predicted growth is also due to heavy investments in the field and the increasing acceptance of BI analytics in a variety of industrial verticals.