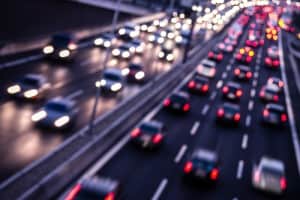 Their traffic analytics software collates location data from roughly 70 million devices in the U.S. and Canada.

Each year Americans spend an estimated 14.5 million hours each day stuck in traffic, and that can result in lost productivity and increased expenses such as wasted fuel and longer transport time for goods. Gridlock costs U.S. drivers over $305 billion a year.  San Francisco-based StreetLight Data wants to change that with their new real-time traffic analytics software, which collates location data from roughly 70 million devices in the U.S. and Canada.

The company has announced the successful completion of a $10 million funding round that included Osage University Partners, ENGIE New Ventures, Deutsche Telekom Capital Partners, and other undisclosed investors. Streetlight Data says it will use the funds for new product development and expansion.

See also: How traffic congestion takes a toll on the economy

“We’ve seen the adoption of StreetLight InSight accelerate over the past two years. The transportation industry has turned the corner in accepting big data solutions for basic planning support,” StreetLight Data CEO Laura Schewel said in a statement. “What’s more exciting is seeing our leading clients changing their core practices due to the availability of nearly infinite analytics from StreetLight InSight. This kind of data-driven transformation is not a luxury — it’s a requirement to manage the ever-increasing complexity, risks, and rewards of our fast-changing transportation and city systems.”

The software gathers its data from third-party mobile weather, dating, and other apps with location features to deliver a look at roughly 20% of a region’s traffic in real-time. The data is anonymized for privacy, and agencies with sensor networks add additional info to the database. Its algorithms can determine things like the percentage of vehicles traveling from one state to another, what highway on-ramps they are most likely to use and their final destinations. The data is used to generate insights for urban planners and civil engineers to help them with traffic pattern studies, infrastructure investments, emissions, and the impact of traffic on communities.

StreetLight Data operates on a software-as-a-service (SaaS) model and offers a monthly payment plan. So far Virginia, Minnesota, Ohio, and New York City are among its customers.