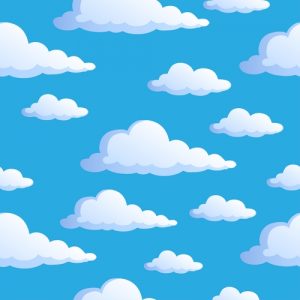 The company that monetizes the data exhaust created by 5G through AI/ML-powered feedback loops will become the next Google.

Recently, I was part of a panel hosted by Chetan Sharma about 5G discussing the impact of AI/ML in closing feedback loops within the enterprise.  Other panels pondered how 5G will impact edge computing and IoT ecosystems under the continued threat of OTT (over the top) players.  After reflecting on the event, let me make a contrarian statement: 5G will make the cloud-edge boundary porous at best and disappear eventually.  The emergence of the real-time data cloud will bring about the death of edge compute for analytics as we know it.  Let me explain why.

The potential of analytics at the edge has been discussed for a decade, but credible value creation remains out of reach.  Solutions such as GE Predix, which were supposed to empower the next Google, have since faded into the sidelines. In the meantime, we are experiencing massive adoption of devices by consumers.  Edge’s value is being realized by sensors embedded into these devices as they interact with the cloud.  The value of analytics at the edge, however, remains a distant promise.

This is not to say that the opportunity for Industrial IoT is small — on the contrary, it’s massive.  Unfortunately, the vendor-customer industrial complex has interlocked incentives and constraints that restrict the ecosystem’s full potential.  However, since 5G will make connectivity to the cloud 100x better/faster, edge analytics will be relevant to only a niche set of use cases that can usually be solved by general-purpose computing.  In other words, the commoditization of edge analytics, already underway, will be accelerated.

Let’s look at this movement from the cloud’s perspective.  Slow pipes from the edge created (artificial) data gravity concerns(the cost of moving data from the edge to the cloud), which meant that data processing infrastructure did not have to be real-time.  Within enterprises, data processing remained relegated to back-office IT.  And IT did what IT knew best: build data processing infrastructure upon the thirty-year-old architecture of using ETL, ESB, EDW to deliver BI.   5G will challenge the fundamental premises of this architecture, and data-based decisioning will move from the back-office to the frontlines.   The real-time data cloud will emerge, enabling quantum advances in the development, deployment, and scaling of AI across the porous cloud-edge boundaries.  It will usher in a paradigm shift that will rival the one created by the lithium-ion battery, the self-driving car, and Gigafactory.

5G will dampen data gravity concerns and mark the early death of edge analytics as we know it.  While pockets of Industrial Edge solutions will limp along, the jolt will be delivered by the emergence of the real-time data cloud.  Data-based decisioning will become real-time in the cloud instead of being done in enterprise data warehouses. ROI for 5G will be achieved by enterprises,  application developers, and service providers delivering enhanced consumer experiences.  The company that monetizes the data exhaust created by 5G through AI/ML-powered feedback loops will become the next Google.  Let the games begin.

Darshan Rawal is the CEO and Founder of Isima, builder of bi(OS), the world's first hyper-converged data platform. He has spent the last two decades in Silicon Valley, building products based on Applied AI, distributed systems, and open API principles targetting Fortune 1000 enterprises. Before Isima, he delivered telco-grade products used by 100's of millions of users at DataStax and Openwave Messaging.  Earlier in his career, he deployed ML models in production to detect and improve Fraud Protection in search advertising at Yahoo. He has a Master’s in Software Management from CMU.