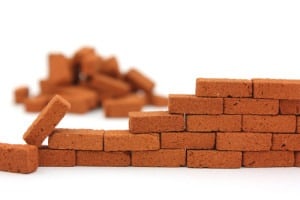 As industrial IoT projects are begun across a wide variety of industries, how to kick them off has become a focus. Do you build internally or buy?

For enterprises dealing with sophisticated or heavy equipment, there’s the industrial Internet of Things, which promises hyper-connectivity between devices, putting new services into play such as 24×7 monitoring, predictive and preventative maintenance, and upgrades pushed out to systems, machines, and devices. Serious money is now flowing into the Industrial IoT, but the question is, how do companies intend to get there? While there are many paths to leadership in this burgeoning space, the current preference seems to be to buy, not build, one’s way into Industrial IoT.

Alastair Rimmer, an executive with PwC, has a few thoughts on how enterprises are evolving themselves into Industrial IoT-savvy players. In a special report, he observes that companies across a broad range of industries are ramping up IoT spending, and aren’t necessarily beefing up their internal capabilities to accomplish this. Rather, they are seeking partners or acquisitions that will enable them to quickly plug into such capabilities. “Aspiring IIoT leaders seem to be using acquisitions instead of traditional R&D to develop new IIoT solutions,” he points out.

See also: How to get the most from industrial IoT

Everyone wants to be an Industrial IoT player or has plans to get there very soon. Automotive, telecom and public sector agencies currently lead the way in terms of industrial internet of things investments, Rimmer says, citing a recent PwC survey. Within the next three years, most healthcare and hospitality providers will also be pouring money into IoT. For example, 81% of automotive companies are currently investing in IoT, as are 80% of telecoms and 78% of government agencies. Within the next three years, 80% of hospitality providers will be investing in IoT capabilities, as well 70% of healthcare organizations.

“Investing in IIoT capabilities and solutions is becoming a growing priority for leading industrial and technology players,” Rimmer states. “They’re looking to enhance their capabilities through embedded sensor technologies that collect new streams of operational data, and they want to use advanced analytics and machine learning to get maximum value from that data. IIoT spending across the manufacturing, transportation and utilities sectors alone reached an estimated $325 billion in 2016. It’s expected to grow to nearly $600 billion by 2020.”

This rise in industrial IoT investment — and thereby commitment — is having a profound impact on the way organizations interact and make deals, Rimmer continues. IoT is a leading driver of M&A activity as of late. “Many leading analytical applications and platforms are being developed by software startups or small technology firms, which can be attractive acquisition targets. Industrial IoT saw its fourth straight year of growth in 2016, with investment totaling over $2.2 billion across 321 deals. That translates to a 21% boom in deals and a 5% increase
in funding.”

There are many points of entry in a multi-layered ecosystem that is evolving, from end-user devices including VR and AR headsets to analytical applications that “create actionable insights from big data collected by sensors.”

The firms making the greatest strides in the Industrial IoT “have tended to come at it from opposite but converging directions,” Rimmer adds. “Industrial leaders are increasingly investing in sensors and analytic software technologies. Meanwhile, networking and connectivity giants are expanding their ability to collect, store and process data generated at the edge of conventional networks. That could be by oil rigs, city buses or rail cars. Now, these firms are linking their IIoT efforts.”