Home / Business Strategies / The Weather and the IoT 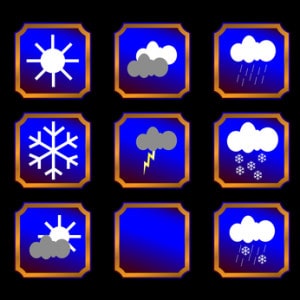 The ultimate in IoT seems to be the ability to monitor the weather and integrate those data points into core business processes. This is nothing new. I’ve often told the story about weather data driving manufacturing planning around demand for the product, to staff showing up for work, to the correct mixing of specific chemicals.

Indeed, there is a new strategic relationship between IBM and The Weather Company, the parent company of the Weather Channel and WSI (which licenses forecast information to businesses). Under the deal, WSI will “move most of its massive weather data service, which collects information from more than 100,000 sensors, aircraft and drones, and millions of smartphones into IBM’s cloud service. The data involved supports more than 26 billion forecasts daily. Up until now, the Weather Company has been an oft-cited Amazon Web Services reference account.

This development is important for a few reasons.

Weather data drives many businesses. Just consider the rough weather in the northeastern United States this year that hurt many retailers. If those businesses had correctly predicted the weather, they may not have ordered as many products and, thus, the impact of the weather would have been minimized.

You can take this scenario in other directions such as ordering more ice melt to meet the demands of the weather. Or working with policyholders to ensure that precautions are being taken around an impending storm. Investment companies may even leverage this data to determine what publicly traded companies are likely to benefit from a set of weather patterns and make investments accordingly. Or hospitals could schedule more doctors in emergency rooms when a massive snowfall is likely to drive the number of heart attacks up as people shovel more and more snow.

IBM has a new IoT division that is focused on this and other aspects of IoT. This extends to monitoring other devices such as airplane engines to analyzing massive amounts of data to draw real-time and analytical meaning. I suspect that IBM may find more profit here than in their clouds considering the amount of automation that has to occur.