Home / Analytics / The World’s Biggest Digital Twin: The World Itself 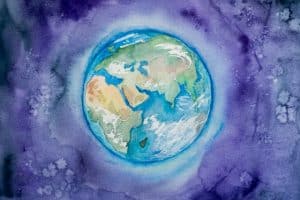 The Digital Twin Earth model will monitor the health of the planet, perform simulations of interconnected systems with human behavior, and support sustainable development.

“Digital twin” is a concept being explored and pursued at many companies, especially manufacturers with many complex, moving parts. Building a digital twin that accurately captures all the systems and data inputs and outputs across a complex organization is a daunting task. Imagine, then, being tasked with building a digital twin for the entire planet.

That’s the goal of the European Space Agency (ESA), which recently provided details on its “Digital Twin Earth” initiative – a digital replica of the planet “which accurately mimics Earth’s behavior.”

Constantly fed with Earth observation data, combined with in situ measurements and artificial intelligence, the Digital Twin Earth is intended to provide “an accurate representation of the past, present and future changes of our world,” according to ESA.

The Digital Twin Earth project began in September with the launch of an observation satellite that includes an artificial intelligence system, capable of streaming vast quantities of data back to Earth stations. The system includes an AI-powered automatic cloud detection algorithm which builds cloud imagery. The system is capable of autonomous processing.

Digital Twin Earth will help “visualize, monitor, and forecast natural and human activity on the planet,” according to ESA. “The model will be able to monitor the health of the planet, perform simulations of Earth’s interconnected system with human behavior, and support the field of sustainable development.”