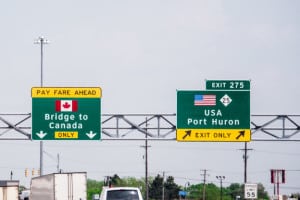 With better immigration policies, more inclusive workplaces and a lean focus on the right public-private partnerships, is Ontario poised to lead the continent’s AI research boom?

Achieving sustained economic growth will always be a major area of concern and focus for policymakers. While others are struggling to achieve strong and inclusive economic growth, jurisdictions like California and my home province, Ontario, Canada, are powering our countries’ respective economies forward.

Between 2015 and 2016, the GDP of California grew at nearly twice the rate of the remainder of the United States, while Ontario’s economy grew at a faster rate than any G7 country.

This economic growth is not an accident. And I believe what’s happening in both Ontario and California offer lessons to other jurisdictions.

We both value and promote inclusive workplace environments, ensure our regulatory regimes are forward-looking, encourage educational attainment, support the availability of a high-quality workforce, and incentivize research and development. But above all, we seek to promote partnerships between the public and private sector, and encourage companies to collaborate with one another to spur innovation. We’re united in the outlook that these necessary ingredients help to ensure that our economies build, attract and incubate disruptive technologies rather than be disrupted by them.

In Ontario, the burgeoning sector of artificial intelligence (AI) is a perfect example of the success that can be achieved when these partnerships come to fruition. AI has the potential to transform every sector in the economy, and Ontario is actively positioning itself to be home to the future of AI.

With the demand for data scientists at an all-time high, the availability of a local, high-quality workforce is critical for the advancement of AI – something Ontario has made a priority through investments in educating the next generation of tech talent. Ontario boasts 44 colleges and universities, producing more than 40,000 new graduates in STEM per year. Universities like Waterloo are attracting these students by creating their own dedicated AI institutes, which serve as centers for AI research, teaching and theory across a host of fields. Rather than place barriers, together with the Canadian federal government we work with businesses to help make Ontario an attractive and easy location for highly skilled workers, including experts in AI and robotics, to immigrate.

We seek to build and support a recognized home for spurring breakthrough concepts and technologies, like those of AI. While there is plenty of room for progress, to date, Ontario has built one of the most supportive environments for R&D on the planet. Almost half of Canada’s full-time R&D personnel are in Ontario, where more than $14 billion is spent annually on R&D. Firms can also benefit from a tax incentive program that can reduce the after-tax cost of R&D by more than 50 percent. We pride ourselves on being one of the most competitive tax jurisdictions in the world, and major multi-nationals have set up shop in Ontario for this very reason.

The second largest driving force behind the advancement of our AI technologies is our increasing investment in cross-industry and cross-border partnerships. This is fueled by the belief that environments of learning and discovery are achieved through a true spirit of collaboration.

Silicon Valley-based technology giants have long known about our talented university graduates, and have actively been recruiting Canadian talent to join their workforce. In exchange, when these workers seek to have families, they often return home to Ontario more seasoned and skilled, enriching the province’s talent pool.

We’ve learned that building strong public-private partnerships is crucial to advancing emerging sectors in the province. That was the thinking behind the Vector Institute in Toronto, Ontario. The Vector Institute is a partnership between the province of Ontario, the Canadian federal government, the University of Toronto, and a host of technology and financial services companies with the goal of developing and commercializing AI talent and technologies. The institute is led by Dr. Geoffrey Hinton, who has been nicknamed “the godfather of deep learning.”

It will create a critical mass of expertise and an opportunity to both attract and repatriate talent, anchor IP in Ontario, position Canada as a leader in AI and propel Ontario to the forefront of the global technology shift.

Similar to the Vector Institute, SAE International – a U.S.-based, global professional association for engineers – sees the increasing benefits of partnering with North American universities to advance AI technologies. Earlier this year, the association partnered with GM and eight universities, including Toronto, Waterloo, Virginia Tech and Michigan Tech, for the AutoDrive Challenge – a three-year challenge to develop and demonstrate a fully autonomous passenger vehicle., SAE International is proactively partnering with Ontario to prepare the brightest young minds for the future of autonomous vehicle technologies.

Collaborations between international jurisdictions are increasingly yielding results in the field of AI, as demonstrated by Ontario and Michigan’s recent completion of North America’s first, cross-border automated vehicle test drive by Continental and Magna. The two cars, using driverless technology, crossed between Canada and the United States, taking a huge step in making autonomous cars a reality on our roads.

Ontario’s outlook is one that seeks constructive collaboration. We are a region that prides itself on diversity, and welcomes talent from all across the globe to help contribute to our dynamic AI ecosystem. Ultimately, our goal is to build a better future for the next generation, through the power of AI and related technologies. We are driving the change that will turn industry on its head in the Artificial Intelligence sector and beyond. We welcome any partner that wants to come along for the ride.

Brad Duguid currently serves as Minister of Economic Development and Growth. As Minister, Duguid’s focus is on creating jobs, promoting Ontario as a smart place to invest, building a culture of entrepreneurship and growing a strong, inclusive and innovative economy.