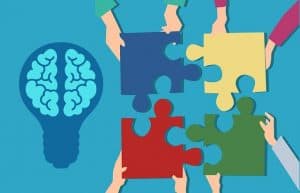 A DataOps approach is about breaking down the barriers between people, technology, tools, and data to gain context and drive outcomes.

The economy is a pressure cooker, and if you can’t get your new products to market in a timely manner, you can bet that a sharp competitor will. What’s the best way to get out in front of the pack? We all know that data is the fuel that powers your business, so it makes sense that you need to make the best use of it and successfully monetize it. A better approach to how you’re working with data will also help accelerate your business agility.

For example, let’s consider a new machine learning model developed by a data scientist. After weeks of hard work, the model is complete, but it’s not ready to go into production. You’ll need to set up data stream monitoring and other basic requirements before you can put it in place.

DevOps teams face these kinds of challenges all the time, and they’ve come up with best practices to bypass these speed bumps and put all their hard work and innovation into play, fast. Think of the edge you could gain if you could apply the same practices you use in development to speed deployment of data-intensive services and applications. A DataOps approach can take you there.

What’s so special about DataOps?

DataOps applies many of the principles that make DevOps such a powerful set of practices, like automation, continuous delivery, and quick feedback cycles—and puts them to work in a data environment.  It’s all about focusing on bringing people closer to data. You provide the tools that deliver data to people with big-picture knowledge. At the same time, you focus on minimizing complicated engineering and IT processes that stand between the data and that knowledge.

One of the main objectives of a DataOps approach is to reduce the friction that’s holding business stakeholders, developers, and data scientists back, to jump-start productivity. By automating and streamlining processes, you can help people take ideas from development to production—faster and more smoothly. So, there’s no lag time in putting your great ideas into play.

DataOps enables you to fit your data projects into your familiar, standard CI/CD development workflows. You can plug a data project into any existing framework that you have to deploy your application. So, there’s no need to reinvent the wheel to take your concepts into production.

Putting DataOps into action with GitOps

GitOps is one example of where the rubber meets the road for DataOps. In GitOps, everything is described as a configuration, and source controlled in Git. Developers and data engineers can comfortably take advantage of standardized, repeatable workflows, where each new iteration is fully audited and version controlled. Automated processes turbo-charge your delivery. Simply stated, GitOps lets you build and deploy your data flows in a repeatable way, with confidence.

One area where a GitOps approach really shines is cloud migration. Suppose your organization wants to take advantage of managed services in Microsoft Azure, AWS, or Managed Streaming for Apache Kafka (MSK). GitOps could help you simplify the migration of the Kafka cluster that you’re using for streaming to the cloud service of your choice. You simply define your desired state, step back, and GitOps does the heavy lifting.

GitOps also uses a pull-based approach to deployment, where an operator watches Git and applies the desired state. This creates several benefits. For one, you’re not poking holes in your production environments to provide push-based actions from software, such as Jenkins, which has numerous common vulnerabilities and exposures (CVEs). With a GitOps pull-based approach, your attack surface is reduced. Furthermore, it enables you to migrate your solution across technology and clouds, using only Git—a bedrock of software development.

Business velocity is picking up speed, and it’s not slowing down anytime soon. With the right tools and strategy, backed by a good communication plan, you can put DataOps to work for you—and unlock all the benefits that a DevOps culture provides.

The first big payoff is a faster time to market for a serious competitive advantage. Putting people closer to data, together with the right tools, helps you empower business users and developers while reducing the productivity threshold. So, they can add new features and capabilities to any deliverable, and deploy and monitor it quickly.

Governance and security requirements won’t go away even when you’re moving at light speed. DataOps builds governance into the process to ensure you are deploying the correct application in the right way. You can also sustain your business continuity because there’s no disruption to the existing infrastructure and processes you’ve set up.

At the end of the day, a DataOps approach is about breaking down the barriers between people, technology and tools, and data. When you bring business and technology imperatives closer together, you gain context and a better ability to focus on driving the outcomes that matter.

Andrew Stevenson is the Chief Technology Officer and co-founder of Lenses.io.  He leads the company’s world-class engineering team and technical strategy.  With more than 20 years of experience with real time data, Andrew started as a C++ developer before leading and architecting big data projects in the banking, retail and energy sectors including Clearstream, Eneco, Barclays, ING and IMC.  He is an experienced Fast Data Solution architect and highly respected Open Source contributor with extensive data warehousing knowledge. His areas of expertise include DataOps, Apache Kafka, GitOps, and Kubernetes and the delivery of data driven applications and big data stacks.