Home / Analytics / Tomorrow’s Energy and the Power of Real-Time 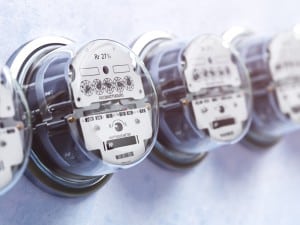 If we’re aiming for 100% renewable energy, like California is planning to do to combat climate change, real-time metrics will have a big role.

We’re now over 10 years into the modern solar journey and 5 years into energy storage. Progress has been incredible, but our grid is increasingly imbalanced and challenged by clean energy sources that only produce during specific day parts and intermittently. California’s 100% renewable energy mandate will accelerate these conditions. The problem is broadly recognized and reflected in market pricing. It’s also very solvable.

At the same time, we’re also behind in energy literacy. The general public doesn’t understand energy meaningfully, which makes public discourse difficult. To understand energy in a simple and clear way, we need accessible terminology.

In the world of energy, “offset” and “independence” are two such terms. Offset is a useful, but blunt, place to start that has already found its way into common parlance. Independence is significantly more valuable because it incorporates real-time measurement of energy in an understandable way and focuses attention on the problem highlighted above.

A means to quantify a property’s energy production relative to its energy consumption. It is a measure of solar generation as a percentage of a corresponding property load.

Critically, offsetting is not tied to real-time measurement. It’s a summary over a period of time and does not contemplate imbalances between energy consumption and energy generation at a given moment in time.

Think of it this way. Offset is like a month-end financial assessment that simply compares earnings and expenses. With that, one understands potential solvency, without knowing whether one’s account was in the red at noon on the day before payday. The timing of earnings and expenses matters.

So too in energy. Households that generate enough solar to offset 100% of consumption still often rely on the grid for 40–60% of their energy needs, after the sun goes down.

A means to quantify a property’s reliance on the grid. It is a measure of energy “self-service” that requires matching a property’s generation against that property’s load in real-time.

The chart above offers a real-world example. Orange depicts total solar generation and exported solar; blue depicts imports of energy from the grid.

This particular property offsets 81% of their load with solar. Because of timing, though, the property is only 52% independent. Looking closely, one can also see energy storage at work here, albeit minorly. Without it, the property would only be 45% independent.

The conversation above may sound academic; it’s not. There are several key reasons why it matters. At the simplest, highest level, it’s about grid balancing. To do that, we need to move beyond simple measures of “how much” to include measuring “when”.

If we’re to create the grid of tomorrow… clean, balanced and smart
…we need to capture and manage the “when”.

Independence is a simple way to convey the value of “when” in a way that hides a lot of complexity for a wide audience.

The general public needs simple ways to grasp complex concepts around energy. Offset and Independence are simple, digestible ways for the public to understand more about energy and implications. It’s about baby steps using metrics that can be marketed to the broad public in ways to drive outcomes.

Offset is a metric historically geared to the political Left and those who care about carbon offset; Independence presents a way to engage the political Right as well. While Independence conveys information about grid health, it also speaks to core tenets of conservative doctrine, with consequences around resilience, national security and economic opportunity.

Offset is a metric geared to generation; Independence includes the value of grid balancing tools like energy storage. To modernize the grid, we need to start capturing this contribution in ways that the public understands.

Without energy storage, many properties’ Independence falls between 30% and 50%, even if Offset is 100%. Such properties contribute meaningfully to the grid, but they also introduce an imbalancing aspect. Energy storage is critical for driving Independence toward the offset number, and thus exposing properties that are better-balanced grid citizens.

By standardizing Offset and Independence metrics for properties, regulators are given new tools around which to build rate structures. Independence presents a way to quantify grid reliance and grid balancing. Further, simple derivative metrics can also be employed for rate structures and incentive programs:

These metrics can be factored into different rate structures that account for the value of the grid as a distribution backbone, while also supporting the value of local generation.

Going beyond the single meter

Everything above has been cast assuming a single property or meter. Notably, the concepts can be extended to distributed formulations that might include Community Solar and Remote Energy Storage. In such scenarios, Balance is better nomenclature than Independence because such configurations are inherently reliant on the grid to connect distributed resources. Nonetheless, the metric remains highly valuable for understanding grid strain and concepts that can be factored into rate structures.

Without getting too excited about it, the notion of distributed energy properties has interesting implications for grid intelligence startups and utilities alike. New technologies, marketplaces, brands and offerings can be built around such concepts. For example, utilities could create a product that supplies clean energy when the consumer needs it… with provenance to show it is demonstrably clean. Someone will be the first to create the “Evian of energy.”

Not only does such information drive more meaningful rate structures, real-time measurement exposes new tools for grid balancing and management. It also presents opportunities for new consumer messaging and differentiated consumer products. Short story, real-time energy measurement will drive the modern grid and the business opportunity around it.

Brian Lakamp is a co-founder of Totem Power.