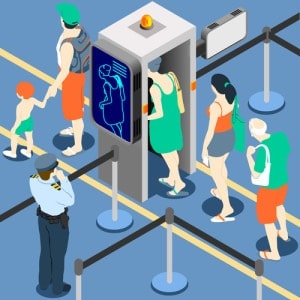 The Department for Homeland Security and TSA announced on Monday the eight winners of the Passenger Screening Algorithm Challenge.

The Department for Homeland Security (DHS) and Transportation Security Administration (TSA) announced on Monday the eight winners of the Passenger Screening Algorithm Challenge.

TSA is acutely aware of the queues at most airports in the United States, due to the growing list of items that passengers aren’t allowed to take on an aircraft. Just last year, the administration added advanced screening for electronic devices, increasing the average screening time.

See also: Hadoop Data in the Dark? How Governance, Metadata Can Help

David Odaibo, a senior system analyst at the University of Alabama and Thomas Anthony won the third place prize of $200,000 for a solution that uses specialized annotations to train identification models.

“By reaching beyond the screening equipment industry, we have an opportunity to discover new, non-traditional performers that might otherwise be overlooked,” said William N. Bryan, DHS Senior Official Performing the Duties of Under Secretary for Science and Technology.

“Working with algorithm developers to improve screening technologies directly serves S&T’s mission to deliver effective and innovative insight, methods and solutions for the critical needs of the Homeland Security Enterprise.”

$100,000 prizes were given to the other five projects, which included a solution that segments an image and runs it through a specific image library, a synthetic data and cross-image analyzer, and random image augmentation.

“Better ATR algorithms directly contribute to the passenger experience, reducing the need for pat-downs and accelerating the screening process. Through the prize competition, we’re getting better results than we ordinarily might see, by connecting with very smart people who have great ideas but might not typically be part of a Government proposal process.”