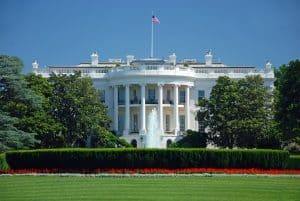 The social impact of AI, both negative and positive, will likely play an essential role in how the U.S. government approaches the new tech for the next four years.

President Biden hasn’t made it clear just yet what his administration’s AI priorities will be. However, we can make some pretty good predictions based on early movements within the White House. The people he has chosen to fill key positions will direct science and technology strategies. So, let’s look at what the power shift might mean for the future of AI.

See also: Many Artificial Intelligence Initiatives Included in the NDAA

Trump’s lack of funding for non-military applications was a sore point for the administration. One of Biden’s early movements was to elevate the director of the Office of Science and Technology Policy (OSTP) to a cabinet-level position. That suggests he could be building a new era of scientific research and development, of which AI priorities would likely be elevated.

For the Trump administration, artificial intelligence dominance was vital from a geopolitical standpoint. The president and other party members worried about China’s increasing power in the artificial intelligence space. Biden’s main concern, based on what little we’ve heard, suggests that it’s China’s increase spending in R&D that worries Biden more.

Biden spent almost no time talking about artificial intelligence on the campaign trail, focusing instead on hot button issues like COVID-19 and systemic racism. However, with Biden’s new appointment to the OSTP deputy director, sociologist Alondra Nelson, could be gearing up to apply AI’s promise to these issues.

Her appointment also suggests a greater focus on examining the long term repercussions of using AI to fill hiring gaps, for example, or predicting recidivism. Both areas provide spectacular failures based on flawed algorithms that, for example, prioritized men over women in the first case.

This doesn’t mean China is off the radar. Biden’s secretary of state made illusions to China’s “techno autocracy” during his confirmation hearing. Also, while he never mentioned the country specifically, the new president’s remarks suggest China’s increasing dominance in the technology space is as troublesome to the new administration as it was to the previous.

We’re going to have to wait

We may not get specifics for a little while yet. The new administration has pressing concerns challenging it to make decisions right now, but artificial intelligence isn’t on that docket just yet. However, it’s starting to look as if the social effects of AI, both negative and positive, will play an essential role in setting AI priorities and how the U.S. government approaches the new tech for the next four years.