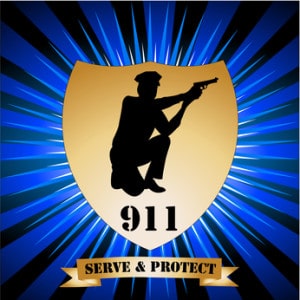 Detective Sherlock Holmes would be so jealous. Imagine being a crime fighter and knowing when and where the next crime in your city will occur. It’s something that sounds like science fiction but it is now a reality thanks to predictive policing software from providers such as Azavea, IBM, Information Builders and PredPol.

The notion of predictive policing is attracting increasing attention from law enforcement agencies around the United States as departments struggle to fight crime at a time when budgets are being slashed, according to the New York Times. “We’re facing a situation where we have 30 percent more calls for service but 20 percent less staff—and that is going to continue to be our reality,” Zach Friend, crime analyst for the Santa Cruz Police Department, told the New York Times. “So we have to deploy our resources in a more effective way, and we thought this model would help.”

The Santa Cruz Police Department’s predictive policing program was named by Time Magazine as one of the fifty best inventions of 2011. In The Police Chief magazine, Charlie Beck, Chief of Detectives, Los Angeles Police Department, and Colleen McCue, President and CEO, MC2 Solutions, LLC, called predictive policing, in general, “the next era in policing.” As Beck and McCue wrote:

Predictive Policing is the Next Era in Policing

More and more police departments around the country are participating in this “next era in policing.” For example, Miami police are using HunchLab software by Philadelphia, PA-based Azavea. HunchLab is a web-based predictive policing software program that, according to its website, includes “advanced statistical models that automatically include concepts such as aoristic temporal analysis, seasonality, and risk terrain modeling, near repeats, and collective efficacy to best forecast when and where crimes are likely to emerge.”

At first, when police officers in Los Angeles heard about predictive policing software, they “all thought it was somewhat hocus pocus and Minority Report,” admitted Lt. LeAnne Browning according to the Miami Dade, referring to the sci-fi film “Minority Report” in which police used psychic powers to stop murders before they happened.

But then the LA police began using predictive policing software from PredPol, Inc. to help prevent and stop property crimes. PredPol, the software program, is now sold to departments around the country. “My goal by the end of 2015 is to have the majority of large North American metro areas using this,” Larry Samuels, CEO of PredPol, told Forbes. “The market is ready.”

Like most police departments, the CMPD had been collecting data on criminal activity for many years. The CMPD previously relied upon a manual process of sifting through 13 disparate data sources to analyze crime statistics, identify trends, and model resource allocations, so making sense of all this information wasn’t easy. “One of the goals of this project was not only to enable command staff and dispatchers to easily run reports, but also to push information out to officers in real-time,” explained Crystal Cody, Systems Analysis and Programming Manager at the CMPD. “We wanted to make it much easier for officers on patrol to get the information they need, when they need it.” 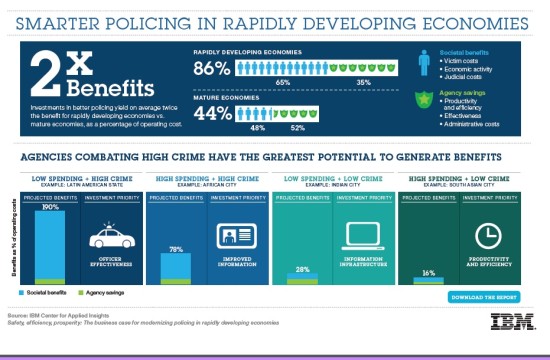 We have already seen numerous examples of how police are using software to solve or prevent crimes. But another example comes from the Miami area. To solve cold cases, police officers in Miami-Dade’s robbery division also use predictive analytics, namely an IBM program called Blue PALMS (which stands for Predictive Analytics Lead Modeling Software). The software has a database of every crime ever documented by Miami-Dade police, and detectives can punch in an old crime report and get a list of 20 suspects within one minute.

But, according to IBM, Blue PALMS is designed not to change the basics of policing practices but to enhance them by giving them a second chance of cracking the case. “Police work is, at the core, about human relations–about talking to witnesses, to victims, to the community—and we’re not out to change that,” said Lt. Arnold Palmer, Robbery Investigations Section, Miami-Dade Police Department, in an article about Blue PALMS. “Our aim is to give investigators factual insights from information we already have that might make a difference, so even if we’re successful five percent of the time, we’re going to take a lot of offenders off the street.”