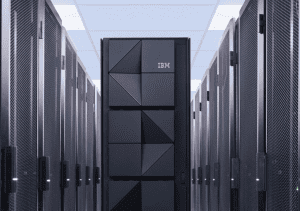 IBM this week unveiled the IBM z16, the company’s next-generation system with an integrated on-chip AI accelerator—delivering latency-optimized inferencing. The system is designed to analyze real-time transactions, at scale, for mission-critical workloads such as credit card, healthcare, and financial transactions.

The IBM z16 brings together AI inferencing, via its integrated on-chip AI accelerator IBM Telum Processor, with highly secured and reliable high-volume transaction processing. Such capabilities are increasingly in demand.

“Today’s economy requires fast and predictive decision-making across business and operations. That’s why we’ve made AI inferencing capabilities available in IBM z16 via the IBM Telum Processor,” said Ross Mauri, GM, IBM Systems, in a blog posted at the time of the announcement.

IBM claims that the IBM z16 can process 300 billion inference requests per day with just one millisecond of latency. For consumers, this could mean reducing the time and energy required to handle fraudulent transactions on their credit cards. For both merchants and card issuers, this could mean a reduction in revenue loss as consumers could avoid the frustration associated with false declines where they might turn to other cards for future transactions.

The system also is expected to be used to guard against other threats, including tax fraud and organized retail theft. Additionally, there are applications to help with real-time payments and alternative payment methods like cryptocurrencies, which are pushing the limits on traditional fraud detection techniques.

Again, the need for such capabilities is growing. According to a new study from IBM and Morning Consult, “2022 IBM Global Financial Fraud Impact Report,” credit card fraud is the most common type of fraud among consumers in the seven countries surveyed. Furthermore, respondents said they believe that banks and payment networks should be most responsible for preventing fraud. But running deep-learning models at scale in real-time has not been possible due to latency issues, meaning fraud detections models are only run on less than 10% of high-volume transactions – a significant amount of fraud is going undetected.

To help enterprises get the benefits of the IBM z16 and the IBM Telum Processor, IBM also announced updates to Watson Machine Learning for IBM z/OS. That solution is designed to help organizations make faster predictive decisions using insights from operational data, including native z/OS applications. This is critical for use cases like fraud detection, where bringing AI inferencing to the transaction before it completes would help businesses analyze for fraud on a massive scale.

Additionally, IBM said it is launching Db2 13 for z/OS, the latest release of its enterprise database. Db2 13 for z/OS includes a new feature — SQL Data Insights — that takes advantage of the IBM Telum Processor and is designed to identify similarities and clusters more quickly and easily in data while also simplifying the data science process.

In addition to real-time insights for decision velocity, businesses want more intelligent infrastructure. IBM’s suite of AI-powered automation technologies can be used with IBM z16 at scale to help reduce the cost and risk of downtime by identifying potential anomalies across hybrid data sources, better understanding application performance, and resolving incidents with mobile through mainframe observability.

Securing data with a quantum-safe system

Now that organizations are exposing their legacy systems via microservices, APIs, and other technologies, security of the data on those legacy systems becomes critical. In a hybrid cloud environment inclusive of on-premises and public cloud resources, organizations must protect against today’s threats and posture against cybercriminals who may be stealing data now for decryption later. Building on IBM technologies like Pervasive Encryption and Confidential Computing, IBM z16 takes cyber resiliency a leap further by protecting data against future threats that could evolve with advances in quantum computing.

As what IBM claims is the industry’s first quantum-safe system, IBM z16 is underpinned by lattice-based cryptography, an approach for constructing security primitives that helps protect data and systems against current and future threats. With IBM z16 quantum-safe cryptography, businesses can future-ready their applications and data today.

With secure boot (meaning that bad actors cannot inject malware into the boot process to take over the system during startup), IBM z16 users can strengthen their cyber resiliency posture and retain control of their system. Also, the company’s Crypto Express 8S (CEX8S) hardware security module offers both classical and quantum-safe cryptographic technology to help address the security needs of use cases requiring information confidentiality, integrity, and non-repudiation.

Where does the IBM z16 fit in?

Modern applications are no longer monolithic. IBM took that into account with this system. The IBM z16 is an open, agile platform that integrates into a hybrid cloud environment addressing security, data privacy, and latency.